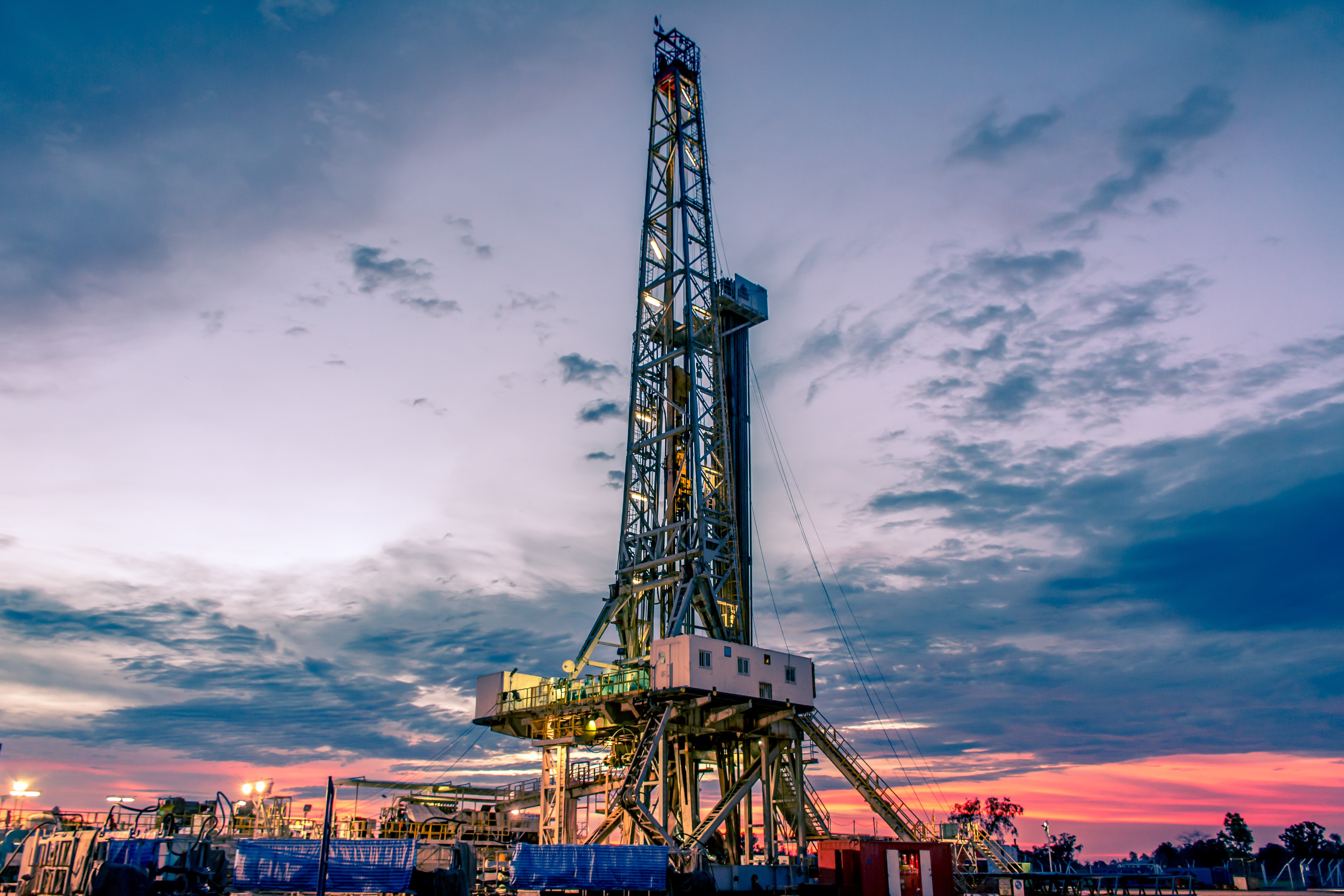 Oil prices continued to edge higher ahead of a key OPEC+ meeting that may see some supply returned to a fast-tightening market. However, it’s unclear how robustly the group will act, with the Saudi Arabian energy minister calling for producers to remain “extremely cautious”. Further to that, the surge across commodities from agriculture to oil is spurring a debate about whether the current boom may herald a new super-cycle, as banks incl. Goldman Sachs to JPMorgan stated in recent reports. Energy equities continued to outperform the general market. Reflation and normalization sentiment tailwinds have inflected as has the rotation into value and the reawakening of energy equities. Since November 6th, oil prices have appreciated by 60% and the ECF by 76%. Nevertheless, the SPX energy weighting increased from 2% to only 2.9% vs. a 20-years average of 10%. Companies have had to grapple with the worst aggregate macro conditions this century. The sector has taken impairment charges of over $100bn over the last 2 years. Nevertheless, with oil at $60 the outlook improved a lot. The key 4Q reporting season themes were cautious capex (expected decline of 5% YoY in 2021 after a decline of 26% in 2020), a resulting cautious view on production outlook, more ESG efforts (development of renewables and/or low carbon initiatives), an intent to continue to lower net debt and the reset of distribution policies. Interestingly, most companies have signalled formally or informally that some portion of higher FCF at higher oil prices will go towards debt reduction (providing a future shock absorber in the capital structure). However, the sectors indebtedness is not a concern, we think, especially given interest rates and market liquidity. Nor does it look the case that oil companies are somehow being excluded from debt capital markets, although a more nuanced capital structures will increasingly be the order of the day. The reduced investment program will result in record FCF with the ECF having this year an expected weighted average FCF yield of +10%! Unsurprisingly, the energy transition has garnered ample attention too. Energy companies have still significant work to do but some real progress has also been made. However, companies with big efforts (mainly European Oil Majors) have not been awarded by the investor community so far. Furthermore, there is presently an imbalance with the topic, with the discussion focusing disproportionately on aspired outcomes rather than current-day realities (80% of current primary energy consumption is fossil fuel-driven), and the timelines required to more fully realize the transition from fossil fuels to renewable energy. Conventional energy remains a relentlessly capital-intensive industry and there is a growing belief (and concern) that the oil and natural gas value-chain is underinvesting relative to the likely intermediate-term demand outcomes.

Copper touched the highest since 2011, with Chinese investors making fresh bets that the metal’s torrid rally has further to run as the nation’s economy rebounds. Prices have skyrocketed last month as a raft of measures to boost growth likely will see consumption outstrip supply. Federal Reserve Chairman Jerome Powell provided the latest boost, signaling continued policy support for the economy and expectations of a return to more-normal, improved activity later this year. Investors have piled into copper on optimism over demand. At the same time, possible cutbacks at Chinese smelters could further reduce already tight supplies. Citigroup for example sees more gains, with a push toward cleaner energy sources boosting demand for the metal used in everything from electric vehicles to solar power systems. The surge across commodities from agriculture to oil is spurring a debate about whether the current boom may herald a new supercycle, as banks including Goldman Sachs to JP Morgan stated in recent reports. Industrial metal prices benefited from the story of an economic recovery and the push for greener energy which could unleash vast amounts of pent-up demand. Base metals are essential inputs for batteries and home electronics, post-crisis consumption threatens to outstrip supply. Governments and companies are announcing net-zero emissions goals, Europe is rolling out package of environmental initiatives as part of its growth plan, and Joe Biden has pledged $400 billion on clean energy research and development over 10 years. That’s set to expand demand for metals and is boosting companies across the supply chain. Miners are sounding upbeat about the outlook for raw materials. Also, quite some earnings came in last month with Vale posting a $4.8bn profit in 2020 – the company is in the comfortable situation of deciding what to do with a significant (and growing) pile of cash. At current spot iron ore prices, Vale is estimated to have a 2021E FCF yield of 30%. Same for BHP, which highlights its significant FCF at present in its FH1/21 results. According to the report, the management is willing to pay out this excess cash to shareholders – the FY2021 dividend forecast implies a 7% yield, with potential for further upside if prices remain strong. Rio Tinto on the other hand delivered $23.9 billion of underlying EBITDA in 2020. Further, not to be outdone by its peers, the company declared a better-than-expected final dividend, taking the total for 2020 to $5.57/share for a yield of 6.8% for the year. It seems that the industry is in a sweet spot with low costs and high spot prices, which spurs shareholder returns and increases the confidence in the operational abilities as well as flexibility of mining companies.

Gold steadied at the beginning of the month after its biggest monthly slump since late 2016 as dovish comments from the world’s major central bankers helped curb rising bond yields. Bets on accelerating inflation are raising concerns that there could be a pullback in monetary policy support despite assurances from the Federal Reserve that higher yields reflect economic optimism for a solid recovery. Bullion has had a rocky start to 2021 as the rollout of vaccines worldwide spurred optimism about a recovery from the pandemic, curbing demand for safe havens and boosting bond yields. ETFs backed by the metal recorded a tenth consecutive day of outflows as of last Friday of February. Looking at gold miners, the high level of current gold prices is welcomed. Expected stability of underlying commodity prices and the promise of strong free cash flows through 2021 makes the gold sector relatively attractive to investors. Gold producers have demonstrated a disciplined approach which should ensure limits on spending in 2021. For example, BMO states that forecast free cash flow yields for large-cap gold stocks have reached highs of 7.7% on average, higher than the previous peak of 6.9% in late 2017 and well above the free cash flow yields at the previous high gold price cycle. Miners are expected to sell at high gold prices and to spend minimal growth capital this year. The market’s keen focus on cash flow vs. a pressure to grown in past cycles, will help to ensure that management teams remain disciplined in their capital allocation approaches through 2021. The confidence in gold prices and cash generation has shown in the latest companies’ earnings such as AngloGold Ashanti, which increased its dividend more than fivefold after record gold prices boosted earnings last year. The world’s No. 3 gold producer joins larger rivals Barrick Gold and Newmont in rewarding shareholders. Both companies increased their dividends (or announced special dividends) and now offer yields of close to 4%. The companies of the Precious Metals Champions Fund offer a 2021E free cash flow yield of 12.5% on average as well as a dividend yield of almost 3% – this comes with clean and healthy balance sheets and a net debt to equity of under 10%. Looking at PGMs, Africa’s big three producers last month unveiled production growth plans of up to 1.2mn ounces annually, but the increases are probably insufficient to bring the market back into balance, they said. There are growing deficits for palladium and rhodium and improve prospects for platinum. Demand growth for PGMs from hydrogen technology and fuel cell applications in electric vehicle batteries was behind the deficits. Palladium and Rhodium are both on a multi-year high, while platinum is rising significantly recently and is standing at the same level last seen in 2014.