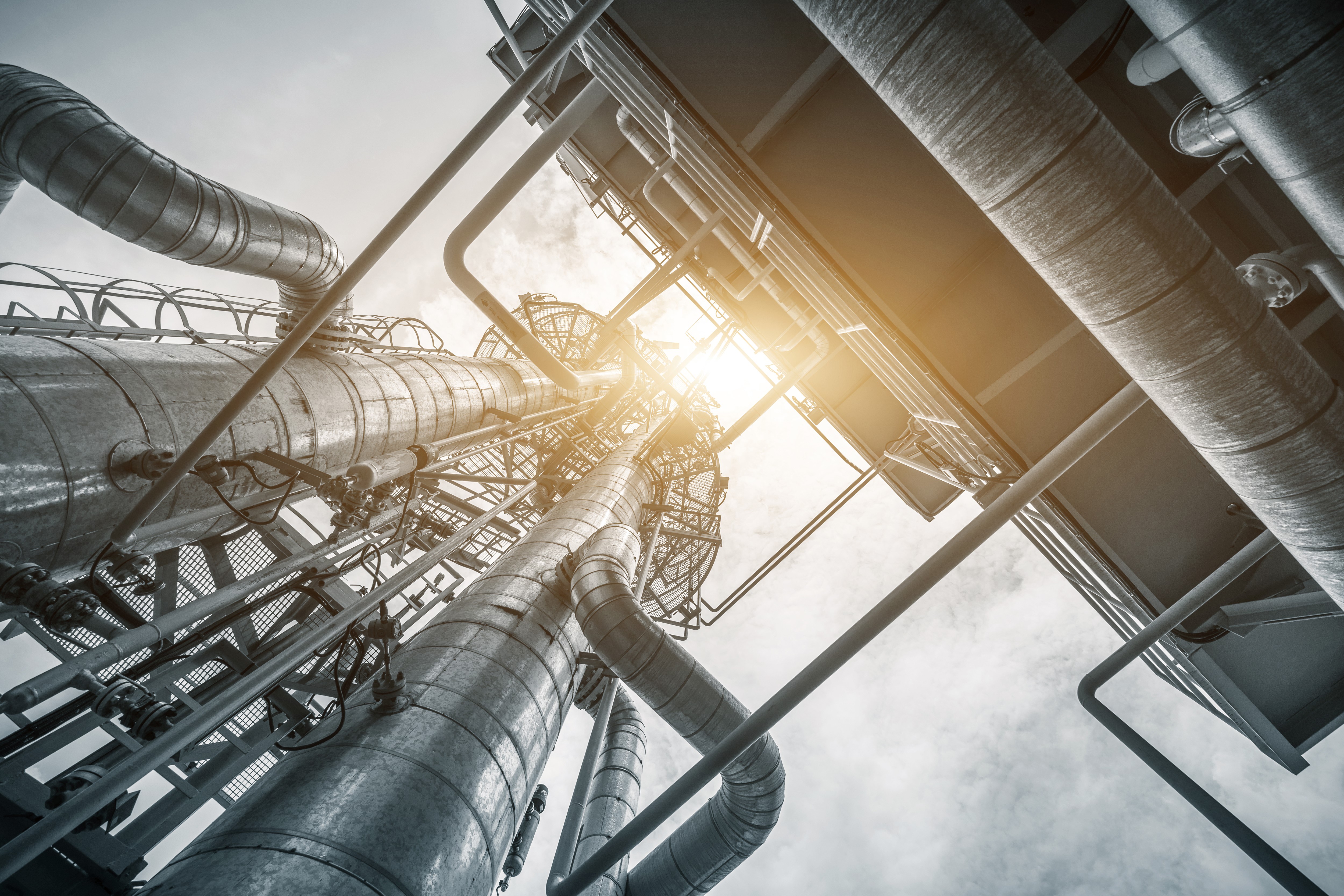 This may be the most brutal environment for energy markets in decades. The combination of significant demand destruction and a meaningful increase in oil production is very unusual in the oil world. The former has been caused by the coronavirus pandemic, and later by the upcoming production increase following the collapse of the production deal between OPEC and its allies. Oil prices have tanked as a result and Brent crude oil reached $20/bl (-65% YTD) at the end of the month.

The demand impact is unprecedented in global post-war modern history. In general, this is probably the largest economic shock of our lifetimes, but carbon-based industries like oil sit in the cross-hairs as they have historically served as the cornerstone of social interactions and globalization, the prevention of which are the main defence against the virus. Accordingly, oil has been disproportionately hit, likely more than 2x economic activity according to Goldman Sachs.

Meanwhile, with the collapse of the production cut deal, most OPEC+ nations that have the potential to increase production have signalled they will from April onwards. This will flood an already oversupplied market, pushing the incremental supply into inventories. This resulted in oil prices plunging into the cash cost curve to force production shut-ins at existing oil fields. Data from Wood Mackenzie indicates that with Brent at $25/bl, around 10mboe/d of global oil production does not cover operation costs; this rises to around 22mboe/d if Brent trades at $15/bl.

Nevertheless, there is still hope that low oil prices might force Saudi Arabia, Russia and other producers to the negotiating table including the US. Indeed on Thursday Trump tweeted that 10 to 15 million barrels cuts were possible by Russia and Saudi Arabia pushing the oil prices up 25%. Interestingly, the prospect of the US joining in on any output cut was raised by the Texas Railroad Commission. President Trump is set to meet this Friday with the heads of some of the largest US oil companies to discuss measures to help the industry as it fights for survival. While at the end coming to an agreement remains difficult, signs of policy discussions are surely positive and may result in an urgent meeting of OPEC+ and probably other producers.

Nevertheless, the price collapse is reshaping the oil and gas sector, with the focus having shifted to survival mode. We have reviewed the financial gearing ratios of the industry. If the markets averages $40/bl oil in 2020 operating cash flows would fall by 20% this year according to UBS. Integrated Majors gearing would end about 300bps higher at YE2020 at about an average of 29% net debt/cap. However, smaller players have significant higher leverage ratios. At the end Oil Majors will probably consolidate the best assets in the industry and will shed the worst assets. There will be local consolidation amongst E&Ps, and when the industry emerges from this downturn, there will be fewer companies of higher asset quality. With robust balance sheets, a manageable dividend burden, and leading FCF outlooks we see Oil Majors as best positioned to weather the storm, with less ‘need’ to right size the dividend. Most of our portfolio is invested into those companies and such companies are masters in crisis like this. However, the bruised and battered US shale industry is also poised to emerge from the oil crash as a winner, according to Goldman Sachs. Shale’s high-pressured wells and short drilling time mean the industry is well positioned to benefit if the current plunge in oil causes long-term damage to production capacity, resulting in a price jump when demand returns. Paradoxically, all this will ultimately create an inflationary oil supply shock of historic proportions because so much oil production will be forced to be shut-in. The global economy is a complex physical system with physical frictions, and energy sits near the top of that complexity. It is impossible to shut down that much demand without large and persistent ramifications to supply. The one thing that separates energy from other commodities is that it must be contained within its production infrastructure, which for oil includes pipelines, ships, terminals, storage facilities, refineries, and distribution networks. Therefore as Goldman Sachs is saying, this will likely be a game-changer for the industry. Once you damage the capital stock in oil it is an expensive and time-consuming process to rebuild, assuming it can be rebuilt at all. Therefore in spite of everything, we think that this may become a big opportunity going forward.

Broadly diversified commodity indices are down heavily this year with energy, particularly crude oil and oil products, the most, followed distantly by base metals. The negative impact of COVID-19 on economic growth via government policy measures is severely weighing on commodity demand – economic activity is suffering greatly. Analysts expect GDP growth in major economies to contract sharply in 2Q, by up to mid-single digits. A beacon of hope for commodities is China. China’s GDP growth is primed to expand modestly in 2Q, after slumping sharply in 1Q. The slide in demand from developed economies is a headwind. But with China accounting for around 50% of global base metal demand, Chinas expected growth trajectory should provide critical support to the commodity sector. By the end of March, PMIs in China are already back from their lows in February and also back to growth with values over 50. After the lockdown, activity in manufacturing is slowing building up. Already 90% of Chinese manufacturing and construction activities had resumed by end-March. When it comes to base metal inventories, visible inventories have been on the rise across the sector. The good news is that the increase has been in line with seasonal norms during 1Q, with industrial production and fixed-asset investment sliding by double digits in the first two months of the year, the inventory uptrend has been surprisingly benign, except for nickel. According to analysts, overall inventory levels at exchanges remain 10-50% below the 3-year average when adjusted for seasonal swings. Looking at iron ore, Marine Traffic shows that Australia’s Big 4 surprisingly shipped 76Mt in March 2020, which is on an annualized basis a 27% month-over-month and a 36% year-over-year rise. The Pilbara iron ore operations and shipments are largely tracking to the guidance that was provided prior to the COVID-19 outbreak. Some analysts see iron ore as their most preferred commodity exposure, however, other markets could tighten up more quickly than expected, with such a large share of supply out because of the strict corona measures. A number of major commodity producing countries including Peru and South Africa have announced restrictions that will result in temporary closures of mines and smelters to prevent the spread of the virus, more curtailments may yet be imposed. The majority of announced closures are for 2-3 weeks, but it is possible that restrictions are extended and that some marginal operations may stay closed until commodity prices improve. The duration and therefore the total amount of lost supply in 2020 is unclear at this stage. The most impacted base metals are zinc and copper. Supply disruptions for iron ore and nickel are limited at this stage. It is worth noting the iron ore market in particular is highly concentrated leaving it vulnerable if supply is disrupted in Australia or Brazil.

Even though gold is in high demand, the metal closed the month with a modest performance of only +1%. New rounds of rate cuts and quantitative easing measures by central banks around the world speak for higher precious metal prices in the months ahead. But with investors scrambling for liquidity to cover losses in leveraged equity and bond positions, the gold price was under pressure until recently. Thanks to the Fed’s aggressive monetary stimulus, gold has already rebounded faster than back during the global financial crisis. Back in late 2008, gold weakened as well on liquidity needs over two months, followed by a firm recovery thereafter. With central banks rolling out all their tools to cushion the economic fallout, real interest rate expectations should move back into negative territory as inflation expectations, which have dived sharply of late, begin to normalize which is bullish development for gold. Holdings in gold-backed exchange-traded funds jumped to a new record as investors seek haven assets during the global coronavirus pandemic. Concerns about the physical supply of bullion roiled markets by the end of the month as logistical disruptions led to speculation there wouldn’t be enough metal in New York to deliver against contracts traded on Comex. Those fears have abated as investors rolled forward their positions, with inventory now more than able to cover the volume of gold eligible for delivery. Still, investors are piling into ETFs as supply of physical gold in the form of coins and bars become tighter going forward. Investors already have to pay up to lay their hands on small gold bars and coins – well above the per ounce prices being quoted on financial markets. As demand exploded, there has been pressure on supply, as global travel shuts down and some refineries and mints have stopped operating or capped production because of local lockdowns – South Africa for instance closed all its mines for at least 21 days from mid-March. On the company side, it is no surprise that a wave of government-enforced lockdowns, and heavy social distancing measures shutting down operations. So far there have been very few cases of infection on mine sites but measures have gone far beyond than just limiting non-essential people on site and travel. Some corporates have reduced people and production rates, or taken pre-emptive measures to suspend operations to protect local communities. The latest round of mine outages is a result of harder government and corporate prevention measures. Impacts range from complete cessation of activities like Argentina, South Africa and New Zealand to virtually no impact in the Pilbara iron ore operations other than precautionary measures.