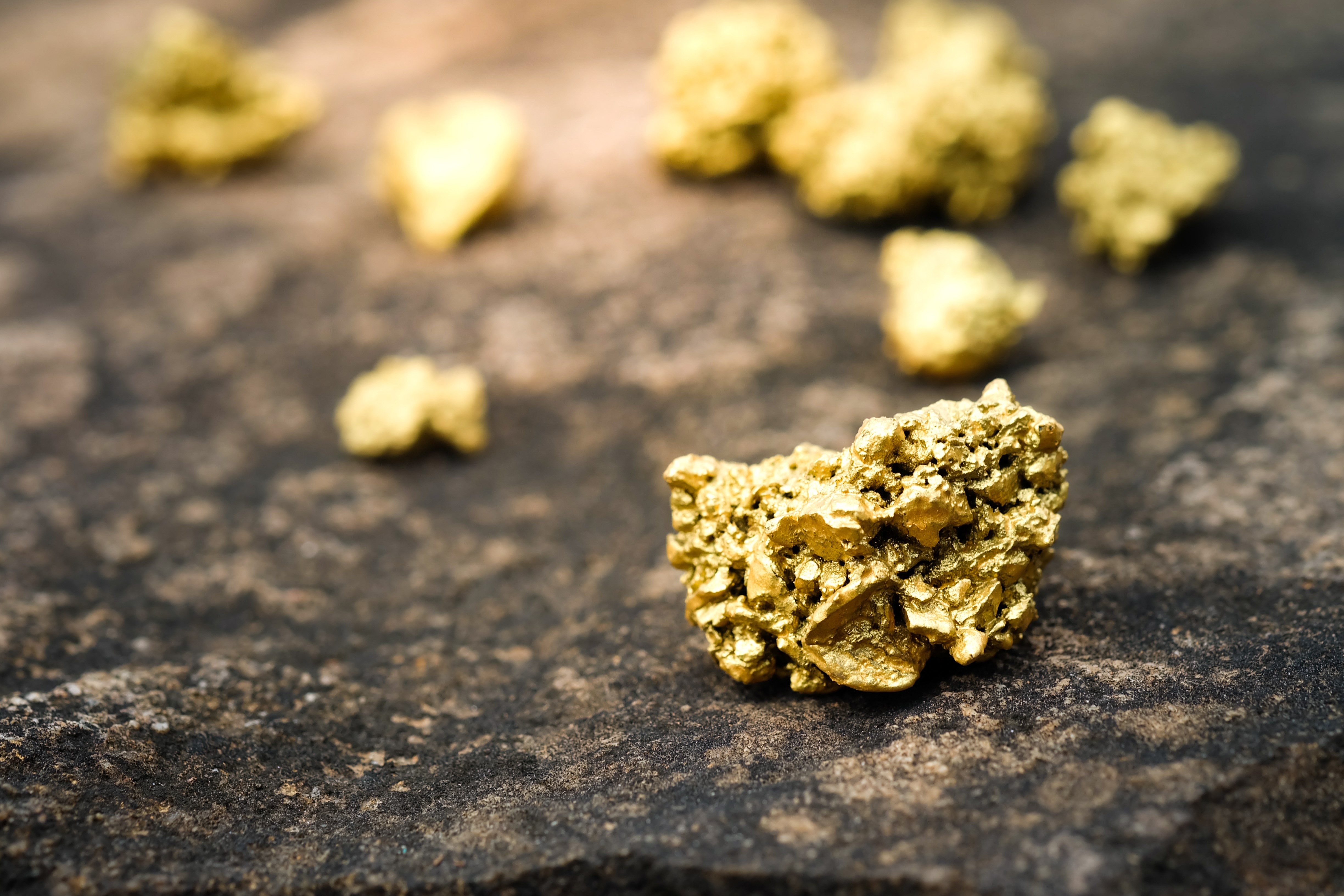 Oil markets rebalancing continues to gather speed, driven by both supply and demand improvements which are running ahead of expectations. The oil market has avoided the nightmare scenario of filling storage and the Brent oil curve is no longer in super-contango. The 5-year Brent price to which equities had traded more closely before the price collapse rose to >$50/bl. Meanwhile, the gradual relaxation of restrictions on movement means we are seeing the early signs of gradual rebalancing of global oil markets. Mobility still remains limited for many citizens, but businesses are starting to reopen gradually and people are returning to work, which will provide a boost to oil demand. The number of people living under some form of confinement at the end of May will drop to ~2.8bn worldwide vs. 4 bn a month earlier. High frequency data show already an improving global oil demand picture. Tanker tracker data suggests record Chinese crude imports in May thanks, potentially, to the Chinese economy’s fast recovery. On the supply side, we are seeing massive cuts in output from countries outside the OPEC agreement and faster than expected. Oil rigs in the US have plunged to levels below the last crisis. According to WoodMac price-induced production shut-ins stand at 4.4mboe/d already. Significant investment reductions also results in the lowest project start-ups of the latest 20 years with only 1.6mboe/d new capacity additions this year vs. 5 years average of 4.4mboe/d. Further to that, OPEC is scheduled to meet next week and there is an emerging prospect of extending the current May/June 9.7mboe/d cut for a further two months. Therefore most analysts expect oil markets to move from oversupplied to undersupplied in 3Q 2020 and this for a while to reduce inventory levels. The flexibility of the Oil & Gas industry business model is heavily underestimated. Specifically, when capex is reduced the global supply chain becomes cheaper (service costs, equipment, etc.). The listed Oil & Gas upstream sector announced $180bn cost reductions so far ($128bn capex, $18bn opex, $32bn buybacks/dividends). The IEA expects investment contractions of $400bn over the whole energy industry, the largest decline ever. As production growth is slowed, decline rates moderate. Companies further reduce opex and at the end cost structures are once again slashed. As a result, companies are citing breakeven levels below expectations. According to our ICG data, the listed Oil & Gas universe will end 2020 with record low full cycle costs of $35/boe in 2020E vs. $45/boe in 2019. The reduced costs base will result in companies having a much stronger capital efficiency going forward. Several companies maintained their dividends highlighting their confidence in their ability to traverse the downturn. The sector is in much better shape than in previous crisis and the new future is overlooked. Valuations continue to be depressed and are in a historical context at all times lows.

World trade is expected to fall by between 13% and 32% in 2020 as the COVID 19 pandemic disrupts normal economic activity and life around the world according to the WTO. As change in economic growth and the change of industrial metals prices tend to go hand-in-hand, overall global primary demand in metals could fall by 5-6% in 2020 according to Goldman Sachs. As in the GFC of 2008-09, governments have again intervened with monetary and fiscal policy to counter the downturn – the G20 nations have committed more than $7 trillion of fiscal stimulus which will certainly contribute to a long sustaining period of metal demand growth after the lockdown. Therefore, economic activity is set to bounce in 2H 2020 and demand for industrial metals should recover as lockdown measures are eased. Also, global mine supply disruption has been an important offset to demand weakness during the COVID-19 outbreak as some of the world’s biggest mines were forced to halt production. Individual mines remain vulnerable to virus-related disruptions even though as nationwide restrictions in key mining countries are lifted. Looking at base metals inventories, the rate of inventory builds gives an indication of the balance between demand contraction vs supply disruption. Most analysts expect near-term that supply will recover faster than demand resulting in a build. However, so far, metal inventories have been on the rise across the sector but in line with seasonal norms. Overall, inventory levels at exchanges remain 10-50% below the 3-year average when adjusted for seasonal swings. Interestingly, in China inventories are declining, reflecting a strong recovery in activity/demand as restrictions ease. After the lockdown, activity in manufacturing is slowly building up – already 90% of Chinese manufacturing and construction activities has resumed by end-March.

On the company side, several input factors/prices for miners have collapsed e.g. oil, gas, LNG, coal and also FX has given away. As a result, the cost base for metal producers is substantially lower than it was at year end 2019. The flexibility of the mining industry’s’ business model is heavily underestimated. Specifically, when capex is reduced, the global supply chain becomes cheaper. With companies further reducing opex, cost structures are once again slashed which will result in breakeven levels below expectation and a much stronger capital efficiency. Analysts expect miners to generate a positive net income in 2020 even under the current low base metals prices with capex programs to stay low in coming years. They still generate free cash flows and most companies maintained their record high dividends, highlighting their confidence to traverse the downturn.

The gold price was slightly up 2.6% during May. Gold continues to be a safe haven “currency” during the virus outbreak outperforming major currencies so far. The aggressive monetary stimulus of key central banks is supporting demand for real assets like gold as real interest rates are currently expected to remain close to zero through 2024. Investors continue to be hungry for gold as ETF inflows reached a record high and total known ETF gold holdings are close to 100 million ounces. Deflationary concerns may be an obstacle near-term but dovish central banks and eventually normalizing inflation expectations should ensure gold-friendly backdrop, anchoring real rates at very low levels. Meanwhile, some economists fret that the pandemic could lead to inflation. Virus-fighting measures choke off production and supply chains. At present the amount of goods and services available for purchase is tumbling. If supply interruptions translate into shortages in shops, then higher prices could follow. Massive stimulus programs are another potential source of inflation. However, inflationary effects are most likely to appear once the virus is truly beaten. Rehired workers could spend a high share of their incomes. The economic traumas of the early 21st century may push governments and central banks to prefer high economic growth and low unemployment to low and stable inflations, as happened after the Second World War. In future companies are willing to pay more to get local supply and some might even build up stockpiles of supplies. Gold shares fundamentals have changed significantly over the last few years. Many of them are generating record high free cash flows currently and the sector is expected to be debt free next year. Several input factors for miners have collapsed (e.g. oil, gas, FX). As a result, the cost base for metal producers is substantially lower than it was in 2019 and companies are citing breakeven levels below expectations. The reduced cost base will result in much stronger capital efficiency. The cash margin of the gold producers is currently at record high and the industry is currently more profitable than at any point in recent history. It seems likely that the market may start to look to these companies as good business, rather than just leveraged ways to invest in gold. M&A activity in the gold industry has increased significantly lately with several deals during May. Analysts say there is an abundance of gold companies that lack the scale to appear on the radar of big generalist investors and therefore the gold consolidation wave is set to continue.