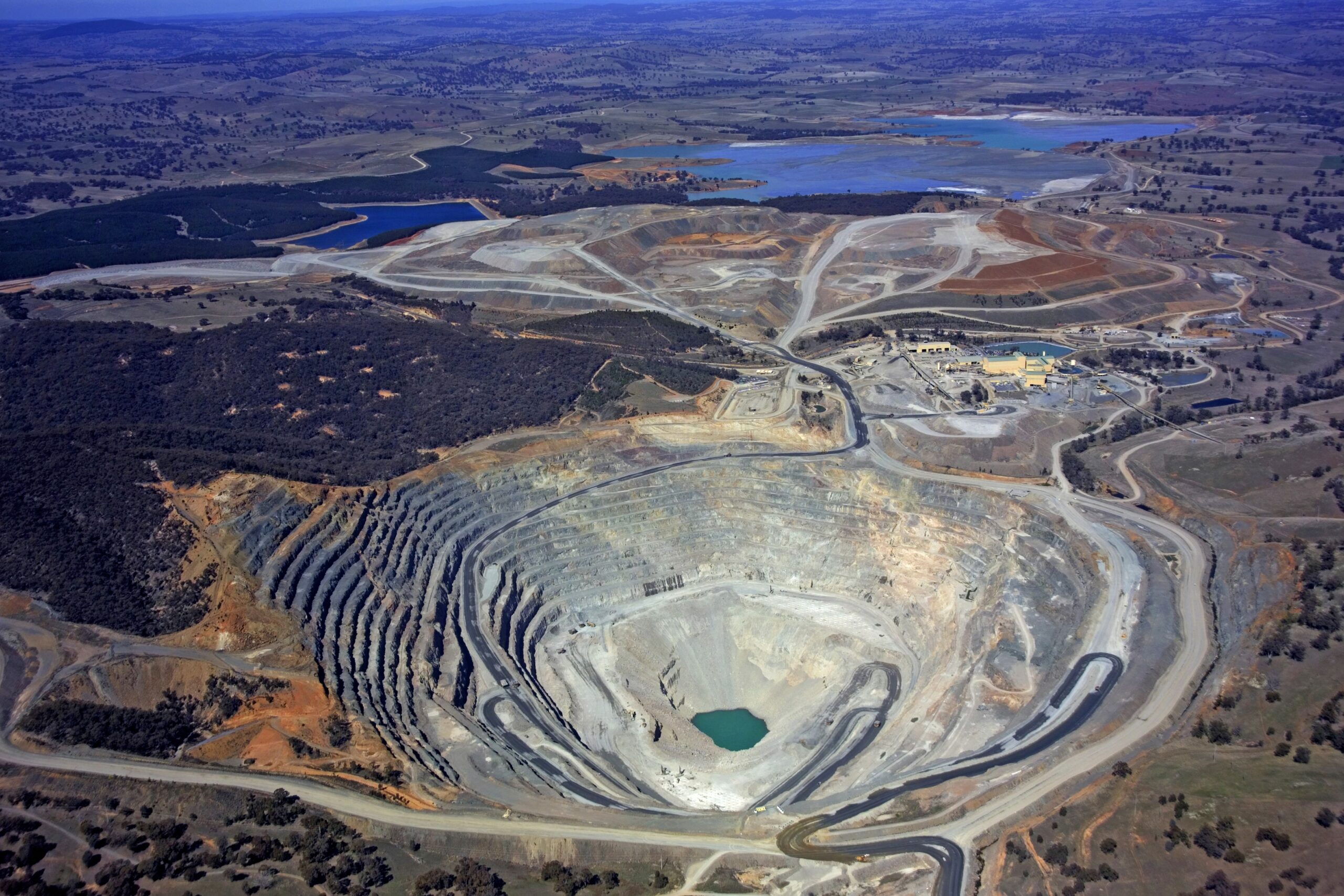 Oil climbed for a fifth month in April, marking the longest monthly winning streak since January 2018 before falling at the beginning of May. Oil demand keeps holding up on a global level. Most oil products have fully or almost fully recovered back to 2019 levels. Particularly China’s oil demand was very strong this year until the recent lockdown. According to JP Morgan energy demand is expected to exceed supply by 20% and would require $1.3tn of incremental capital to close the gap by 2030. Therefore energy investment needs to rise 45% to $2.7tn annually by 2030, to meet rising energy demand. US oil and gas producers are suddenly under pressure to accelerate the pace of supply additions and contribute to the security of global energy markets. Certain public producers already started revising their capital and production guidance for 2022 up. While the upside for production in 2H22 remains limited amid ongoing supply chain bottlenecks and cost escalation, the outlook for the rig counts keeps improving and nationwide growth capacity for 2023 looks much more favourable than it looked like two months ago. Nevertheless, Rystad expects the US to grow by 1mboe/d but labour and equipment shortages may reduce growth potential by half. Particularly fascinating is that total free cash flow generated by upstream for all the public E&P companies is expected to increase from $460bn in 2021 to almost $850bn this year! This will be the highest value on record. Indeed, our ECF portfolio has a weighted avg. FCF yield for 2022E of 19.3%! Energy stocks are far from pricing in strong and sustainable outlooks for fundamentals and shareholder return. For instance, Energy S&P 500 weight is only 4% (vs. 20yr average of 8% and 2008 peak of 16%). For a sector that is a direct input into every segment of the economy and a natural hedge against geopolitics and inflation. In ours view, energy’s earnings stream is worth more than the 2022E PE of 10.3x (ECF with a PE of 5.6x) which is a steep discount relative to long-term average of 16.5x since 1990. During 2013-2014 it traded at 13.5x when oil price was at a similar level though profit margins were much lower and credit risk was higher. Interestingly, all US publicly-listed energy companies have a combined market cap of only $2.2tn, which is lower than Apple’s market cap even though these companies collectively generate 5x higher revenues. Energy continues to be the cheapest sector on all valuation metrics despite the strong performance over the last 2 years. Also relative energy stocks are cheap discounting oil prices in the range of $50-$70/bl vs spot prices of $100/bl. No wonder to us that W. Buffett increased its energy exposure heavily this year making Chevron it’s 4th biggest position. However, with anti-Energy constraints likely loosening given increasing ESG performance pressure and with many reconsidering how to define ESG, we expect a positive impact to energy equity flows in the future.

Concerns around the Fed’s tightening and China’s widening COVID outbreaks have weighed on markets last month. Strict lockdowns are wreaking havoc on consumer spending and snarling supply chains in China, putting its growth target for GDP of about 5.5% this year under increasing pressure. Chinese authorities have already taken some steps to stem the economic damage, including accelerating government borrowing and spending to boost infrastructure investment. Still, virus concerns persist as flareups intensified, along with looming interest-rate hikes by western governments. Looking at inventories, there have been continued inventory challenges this year for base metals and upward squeezes remain possible. While Goldman says copper is “sleepwalking” toward a depletion of stockpiles, Barclays highlights that the most significant disruption is currently occurring downstream, as activity in China is disrupted. Also, copper output in Chile, the worlds largest copper producing country, is facing significant underperformance so far this year due to a combination of widespread water shortages, ore grade disappointments and technical issues that are disrupting close to half of supply in the country. On top, MMG is facing the possibility of a prolonged disruption at its Las Bambas copper mine in Peru, which represents 2% of world supply, after failing to clear the site of all protesters in an operation that has further inflamed tensions with indigenous groups. On the company side, Glencore’s trading business is headed for another year of bumper profits as the company cashes in on soaring prices and market volatility. The volatile markets have helped boost earnings for commodities traders, with merchants including Mercuria and Gunvor earning windfall profits last year. However, surging prices have also created liquidity pressures for traders, as they face massive margin calls on derivative hedging positions. Still, like several other big miners, Glencore has had problems operationally. The company cut its zinc production goal for the year and also said it would produce less copper. Anglo American and Freeport both tumbled after forecasting steep cost rises, while other miners such as BHP disappointed as COVID absenteeism and operational missteps curb output across the sector. The recent pressure on the equity side could be an attractive entry point for investors, as financial ratios remain extremely favourable. For example, the average price-to-book-ratio of the fund is currently at 2.3x, combined with an EV/EBITDA 2022E of 4x and a price-to-earnings ratio of 7x makes the portfolio look cheap compared to benchmark figures or other sectors. Also, the companies are incredibly healthy with a net-debt/equity of only 12% and profitable: free-cash-flow yield 2022E 13.2%, EBITDA margin 2022E 44%, dividend yield 3.4%.

According to Analysts, Gold has been hamstrung by expectations the U.S. Federal Reserve will now act quite aggressively to bring inflation under control. The prospect of further U.S. interest rate hikes adds to the relative attractions of the dollar over real assets like gold that have no yield. Gold investors are balancing searing inflation against more aggressive monetary policy tightening, while digesting the added complications of a weakening economic growth backdrop and elevated geopolitical risks. Higher inflation prints, geopolitical risk and recessionary fears, in isolation, should support prices, however, central bank tightening to rein in this inflationary juggernaut will likely take some shine off gold. Looking at silver, demand is expected to climb to a record level this year thanks to increasing use of solar panels as governments boost renewable energy to meet climate goals, setting the stage for years of supply deficits, an industry report said in April. Global silver demand is expected to rise to 1.1 billion ounces this year, up 5% from 2021, consultants Metals Focus said in an annual report compiled for the Silver Institute. On the equity side, miners face shrinking margins as inflationary pressures abound. Inflation is flowing through to labor, consumables, freight, diesel, power, and royalties, while easing COVID restrictions, rising by-product credits, and an appreciating U.S. dollar offer some potential reprieve. While prices for industrial metals have risen sharper this year than inflation, gold and silver prices remain flat by end of April. Independent Capital Group attended this years European Gold Forum in April to get some insight into the industry, as gold mining companies still struggle with investors’ attention in recent years due to bad management, overspending on acquisitions and projects and in general weak communication to the public. We want to highlight that the industry is still heavily undervalued, debt free and is rewarding its shareholders for their loyalty either with dividends, share buy-backs or a combination of both, which means that shareholder returns are steadily growing. Also, the value proposition of large-caps is starting to fade. Investors will start looking for great mid-tier companies which should drive share prices and speaks for diversification instead of a single stock pick. In addition, the industry stays extremely disciplined and keeping their budgets under control – while M&A is still on everyone’s mind, an acquisition has to come at the right price. No one wants to pay high premiums anymore as many recent zero-premium acquisitions and mergers showed.