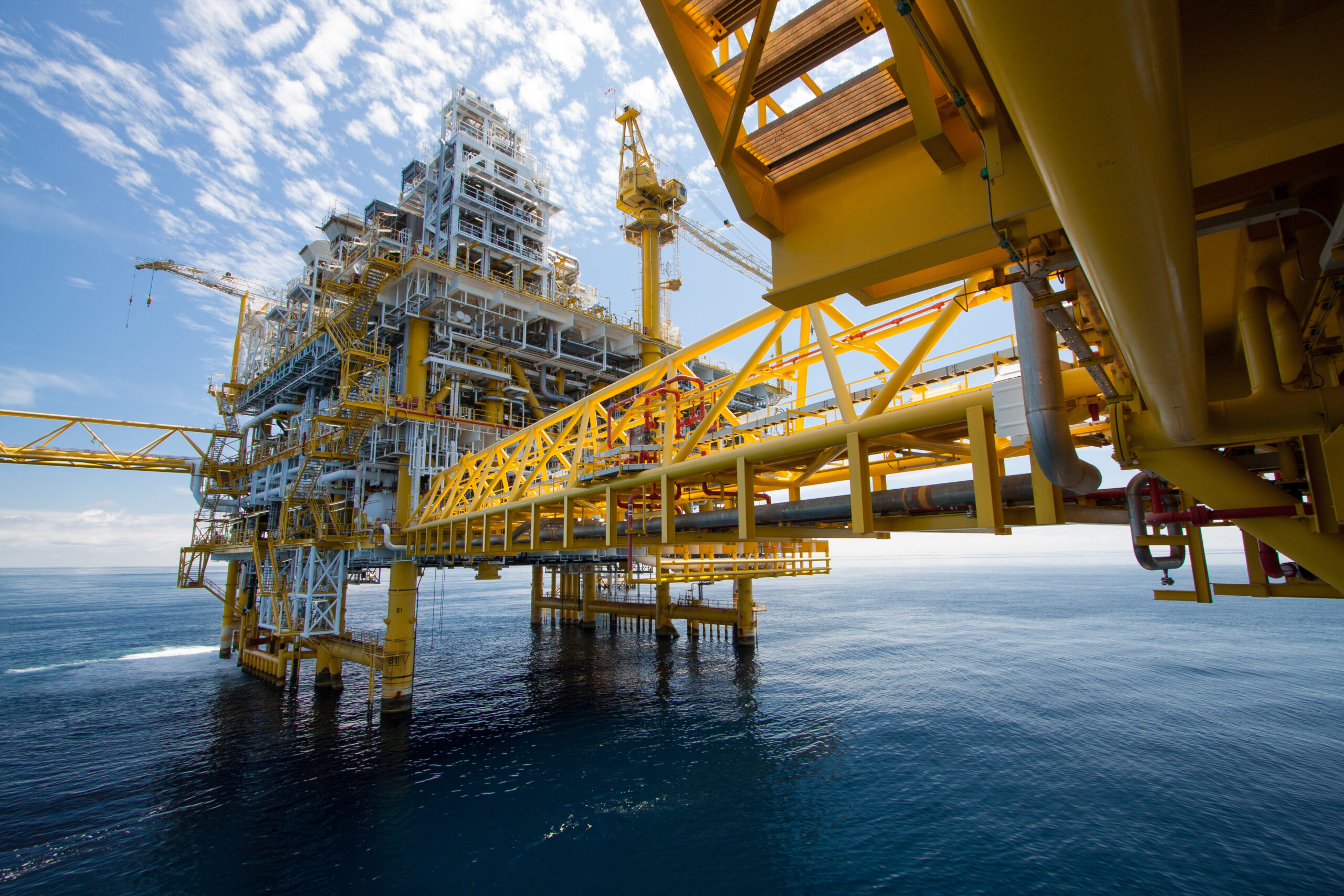 Oil declined by more than 20% in the three months through August, overturning all of the gains since Russia’s invasion of Ukraine at the end of February. Investors are focusing on tighter monetary policy around the world, which could crimp economic growth and eventually hit oil demand. Notwithstanding that we are in the midst of a global energy crisis. There are regional differences and levels of exposure to the energy crunch. However, few expected that in 2022 Europe would be burning more coal, importing more liquified natural gas, shifting from gas to oil for industry, and spending more money to subsidize fossil fuel consumption. Mainly, European and Asian natural gas prices trade at record high levels. Russia cut exports to Europe to multiyear lows this summer supplying less than a third of normal volumes and there’s no clarity on further moves. Europe is filling its gas reserves for the winter through alternative supplies (LNG imports YTD up 70% from 2021 levels) but also demand destruction and substitution. Nevertheless, European gas storage facilities are about 75% full. Despite the cuts, the pace of refilling is at average levels thanks to alternative supplies. There is a high probability that Europe reaches its goal of filling storage to 80% by the end of October, traditionally the start of the heating season. Yet, electricity prices jumped in Germany to >€600/MWh for the first time ever. The current price is >1’000% higher than the €41.1/MWh 2010-2020 average. High prices are likely to persist because in a case of a cold winter creating high gas demand, Europe has limited ability to increase its current flows from non-Russian sources and there is still the threat that Russia could shut off its remaining flows at any moment. Numerous industry executives, including the chief executives of Chevron and Shell have said recently that they expect the market to remain tight also for crude oil. Last week Saudi Prince Abdulaziz bin Salman said the oil futures market has become increasingly disconnected from supply and demand for energy. Saudi Arabia is considering cuts to OPEC+ production to try to balance this, a move that other members of the oil cartel said they may also support. The total free cash flow generated by all public oil and gas companies is expected to increase from $340bn in 2021 to >$550bn this year! This will be the highest value on record. Interestingly, all publicly-listed energy companies (excl. Saudi Aramco) have a combined market cap of $3tn, which is about Apple’s market cap even though these companies collectively generate 5x higher free cash flow. Further to that, given meaningful cost reductions, a robust commodity outlook and growing focus on cash harvesting, BMO believes that the industry ROCE could reach its highest level in 15 years, potentially exceeding 25% by 2023.

Recession fears continue to grip commodity markets, with oil, petroleum products, aluminium, wheat or sugar well below YTD highs and forward curves weaker. Goldman Sachs says commodities are pricing a recession more so than any other asset class. Nevertheless, they believe that commodities are the best asset class to own during a late-cycle phase where demand remains above supply. Mainly because physical fundamentals signal some of the tightest markets in decades. Inventories are in almost all markets significantly below the 5 year average and some stand at risk of depletion. Interestingly, Goldman Sachs analyzed the largest 50 copper projects, which are likely to bring 4mt of additional copper supply by 2026. Most of this incremental supply is likely to come online in the next 2 years, after which supply growth decelerates significantly. The majority of supply additions in 2027/28 come from unapproved projects, implying risks of delayed project starts and supply additions shifting to after 2030 given project complexity and scrutiny on ESG: 50% of projects were delayed by an avg. of 3 years vs 2018. By the way, US mining companies, automakers and a bipartisan group of congressional members are recommending that the US federal government cut the time needed to permit a new mine in order to boost domestic production of EV minerals. Further to that, Chile’s state-owned copper company Codelco cut its production outlook for 2022 to 1.49-1.51mt, down from a previous forecast of 1.61mt. Codelco’s production outlook for 2023 is also lower at 1.45mt and at risk according to local newspapers. The long-term supply gap remains unsolved, with widening mid-term deficits. Goldman estimates miners need to spend $150bn of capex over the next decade to solve the expected deficit of 8mt. On the other side, copper demand is likely to accelerate given the push towards a low-carbon economy and growing green copper demand. Indeed, REPowerEU plans using over $200bn of grants and other incentives aims to triple its wind and solar by 2030. In the US, the climate bill called the Inflation Reduction Act unlocks $370bn for clean energy but will likely trigger some $1.2tn in private investments by 2035 acc. to WoodMac. As we have highlighted several times, we still live in a material world. An energy system powered by clean energy technologies differs profoundly form one fueled by traditional hydrocarbon resources as they require significantly more industrial metals. Considering the difficulties to bring new mines online we are not surprised to see increasing M&A activity in the sector. Rio Tinto is buying Turquoise Hill Resources in a deal valued at $3.3bn, securing more control of a giant copper mine in Mongolia. BHP announced an $5.9bn offer to buy Oz Minerals that was declined. Nevertheless, it’s the first M&A transaction for BHP since 2011.

Gold, silver and PGMs came under renewed pressure as the dollar resumed strengthening. Silver has now fallen below $18/oz for the first time since July 2020. Chair Powell’s Jackson Hole address struck a more hawkish tone, reiterating records caution “strongly against loosening policy prematurely” and acting as a cudgel against those looking for rate cuts in 2023. The market was too quick to price in a dovish shift by the Fed and with Fed member comments signaling continued focus on inflation. On the positive side, we saw some support from dip buying gold demand by EMs and central banks. The recent spike in Chinese gold imports is driven by a recovery in retail demand as lockdowns moderated occasionally. Looking at PGMs, stronger than expected shipments of platinum to China in the first half of the year spurred shortages elsewhere as supply declined from mines and recycling, the World Platinum Investment Council (WPIC) said. It was difficult to track what happened to some of the Chinese imports, so the platinum market was in surplus on paper but on the ground tightness sent lease rates surging to the highest levels in a decade, the WPIC said in its latest quarterly report. Metals Focus has released its Gold ESG Focus 2022, a report which looks at a number of ESG metrics across 16 of the largest gold miners. This shows that in 2021 combined Scope 1 & 2 greenhouse gas emissions dropped 1% YoY to 27’617kt CO2e, while water withdrawals dropped 5% YoY and water consumption 24% YoY. With this, the average emissions intensity of gold production fell 3% YoY to 0.81t CO2e/oz. Meanwhile, tax and royalty payments rose 39% YoY (with a higher average gold price and increased extraction) while community development spend rose 7% YoY. On the company side, Barrick Gold said it agreed to sell a portfolio of royalties to Maverix Metals for up to $60mn – the portfolio consist of 22 royalties on the production of minerals from mines located in North America, South America, Australia and Africa. Consideration consists of $50mn in cash and up to an additional $10m from three contingent payments. In general and despite the bearish sentiment for gold we see the precious metals companies at its best shape in history. The sector is going to be debt free this year. Our PMC portfolio companies have already net cash on their balance sheets. Miners cash costs increased recently amid the global inflation shock. However, margins are still above the average of the last few years. The free cash flow is as high as never before with an industry FCF yield of >8% – this will certainly result in higher dividends and shares buybacks.