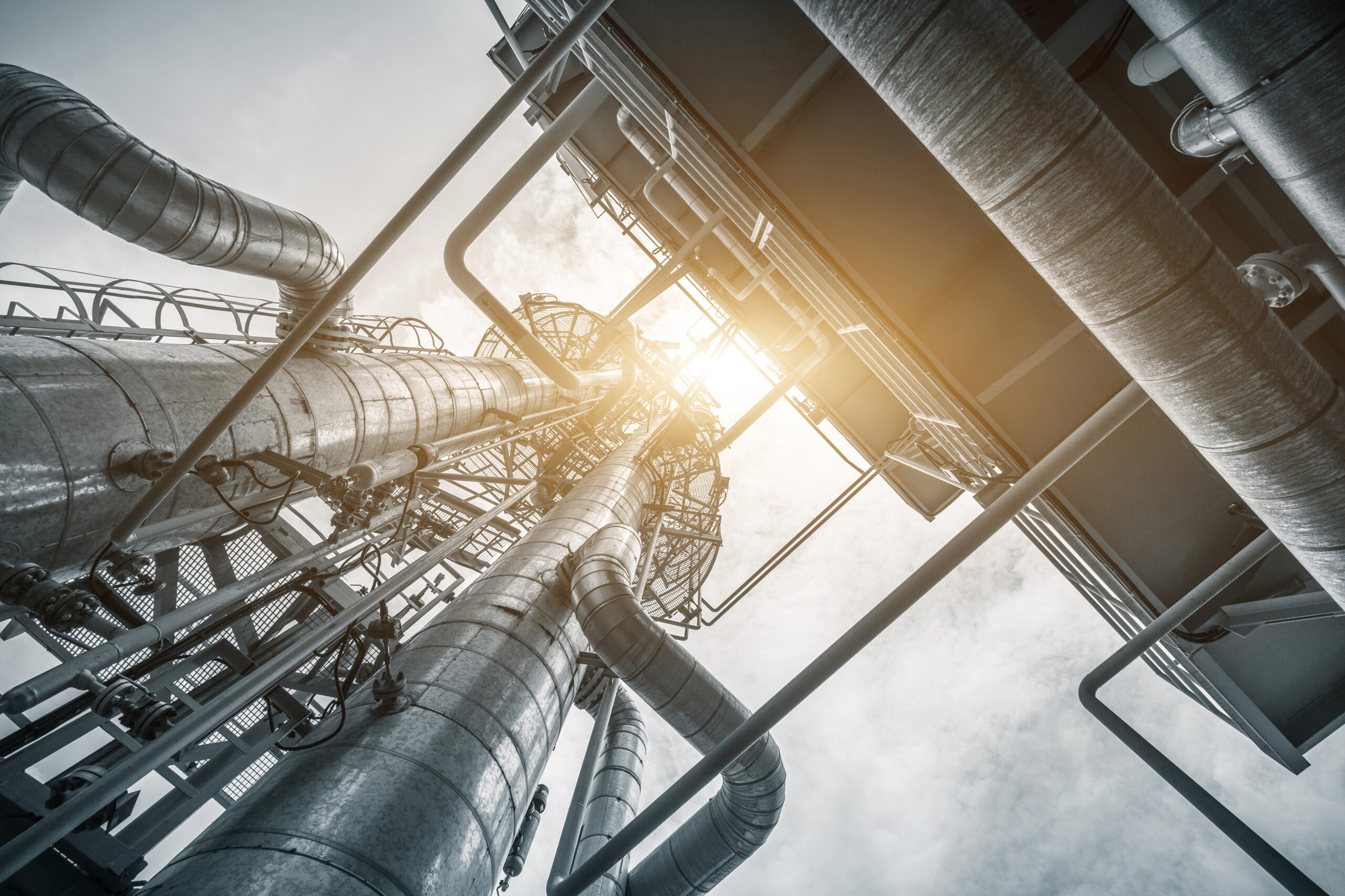 It seems to be a good start into 2021 for the energy sector. OPEC+ is trying hard to defend prices and keep the market undersupplied. The surprisingly and unilateral and pre-emptive Saudi production cut for February and March announced at the beginning of the year, backs the Saudi energy minister’s claim of the Kingdom being the self-designated guardian of the oil industry. Indeed, the shift from oversupplied in 1H20 to undersupplied from 2H20 onwards continues to be reflected in the futures curve that is downward sloped (backwardation) and inventories continue to fall. Indeed, visible petroleum inventories fell by 290mboe in 2H20 (1.57mboe/d) according to the IEA showing that the efforts of the market players are quite successful so far despite the complicated market situation. On the demand side, analysts estimate that crude oil is likely to be a key beneficiary of increased mobility once a critical mass of the population is vaccinated this year. However, at the end of the month the broad market suffered its worst week since October 30. For the energy sector it was an even more challenging week with Biden administration’s freeze on new federal oil and gas leases. While the actions resulted in a steep sector selloff, the moves were telegraphed on the campaign trail. The real surprise seems to be that the Biden administration is weighing the possibility of stopping new permits or not allowing permit renewals on federal territory – something the industry hadn’t anticipated. Roughly ¼ of US oil production comes from leases managed by the Department of the Interior. At the same time, it forces a brake on US production growth in a way that should support hydrocarbon prices in the long run. RBC estimates that the production decline from not issuing or renewing federal permits could increase global oil prices by $5/bl over time. As with any sign of danger, the first instinct may be to flee. But sometimes such times call for closer inspection. Interestingly, 2021 is set to be the industry’s best year yet in cash flow terms! Cash flow and earnings growth must be the new priorities. If the discipline sticks, dividend- and value-focused investors could be lured back. Further to that M&A activity is brisk, with $52bn worth of deals done in the US only last year and the consolidation wave is expected to continue. The M&A efforts to achieve adequate size, coupled with the consolidation of weakened companies, will continue to shrink the number of producers. Even two of the biggest players like Exxon and Chevron were said to have considered combining their companies in what could be among the largest corporate mergers ever. Such a deal would reunite the two largest descendants of John D. Rockefeller’s Standard Oil monopoly, which was broken up by US regulators in 1911, and reshape the oil industry. In any case, a more resilient industry is emerging from the ashes that aims to woo investors.

According to analysts, the macro and fundamental backdrop for industrial commodities is robust and supports commodity prices to remain at elevated levels. Especially metals directly exposed to the EV batteries including cobalt, nickel, copper, lithium, graphite and rare earths are likely to experience transformational demand growth that could lead to further price upside or an extended period of elevated prices. Indeed, the renewables and EV thematic are clear positive long-term drivers for copper demand. UBS expects they could add over 5mt of demand (18% of total demand) over the next 10 years. The bank also notes that this demand growth could be, in part, offset by contraction in demand from China infrastructure and construction during the same period. Looking at copper stockpiles, the ones tracked by leading exchanges including the LME shrank by about a fifth last month to the lowest since 2008. That could raise the odds of increased competition for supplies and higher prices in the coming quarters. Also, market watchers sound the alarm about the tightening supply picture. There are holdings of metal outside the exchange system, but overall, the market’s in deficit. In the iron ore market, the steelmaking ingredient had the shakes last week, with warnings of worse to come as prices retreated from multi-year highs. More broadly, there are concerns about a softer stimulus impulse in China, and government orders for lower steel output this year has fueled recent jitters. However, analysts expect world crude steel production to increase by 5% this year with China +2% and RoW +8%. On the other hand, Fortescue’s CEO is confident that Chinese demand will continue to underpin the high prices that have left the iron ore producer and its bigger rivals BHP and Rio Tinto awash with cash and set to deliver returns to shareholders. Fortescue poured cold water on suggestions China was about to scale back steel production, saying the company was not seeing any slowdown in the demand that has put the big three miners exporting from Australia on track to pay bumper dividends. Fortescue, that is a pure iron-ore player, revealed recently that it had raked in more than $940m of net profit in December alone, which prompted the company to issue its profit update. In general, analysts expect the big miners paying out $16.4bn in full-year dividends. Indeed, with over $110bn in EBITDA for 2021E of the big 5 miners (BHP, RIO, VALE, AAL, GLEN) we wouldn’t be surprised to see further increases in dividends or shares buybacks during the year. The average FCF yield for 2021E of these big 5 mining companies is still above 10%!

In a commodities market that has seen significant interest and price action over 2021 to date, one major commodity has been conspicuously quiet: gold. The market price has dropped slightly since the start of the year, underperforming peers, while ETF flows have been extremely muted. With no change in Federal Reserve interest rate policy expected, with another year of relatively flat supply, and with traditional consumer demand recovering, 2021 is looking more like a steady period. Given the availability of above-ground supply available to the market in vaults, as with other commodities demand is the key delta for any gold cycle. Analysts expect 2021 to be a year of normalisation in global gold demand trends. Last year saw the broadest range in terms of y-o-y changes in gold demand since 2013, driven primarily by an exceptional surge in investment (particularly ETF inflows) on the one hand, and the collapse of jewellery demand on the other. This year a reversion closer to recent historical annual demand trends is expected, with the prevailing risk-off environment fading somewhat while the global economic recovery remains on track. According to analysts, a stable year for gold would not be a bad thing, particularly one which, if current levels are maintained, would mark a new record annual average and extremely strong free cash flow at the producer level. Analysts at BMO stated in a recent study that even with relatively flat gold prices, the profitability of gold companies will continue to rise significantly this year. They point out a 50% free cash flow growth, even after a 25% increase in growth capex baked in, the analysts expect the industry costs to remain low, or even falling and margins increase post Covid and post volatile gold prices the world saw in 1H2020. Interestingly, looking at gold supply growth this year, the biggest assets on the list are copper mines. Freeport McMoran’s Grasberg operation will add over 550koz this year (and a further 200koz next) while the Oyu Tolgoi mine in Mongolia is guiding to gold output almost tripling this year to 500-550koz, making it the second-largest individual asset ramp-up. Also, the macroeconomic backdrop undoubtedly remains a precious-positive one, aided by rising inflation expectations amid an ambitious US stimulus plan and interest rates that look set to remain low for some time amid the Fed’s new policy of inflation targeting. Looking at silver, after the recent surge driven by retail investors, the rally lost momentum – the precious metal had hit an 8-year high on the 1st of February. With silver prices, the producers of the metal also soared but pared most of its gains when the rally paused.