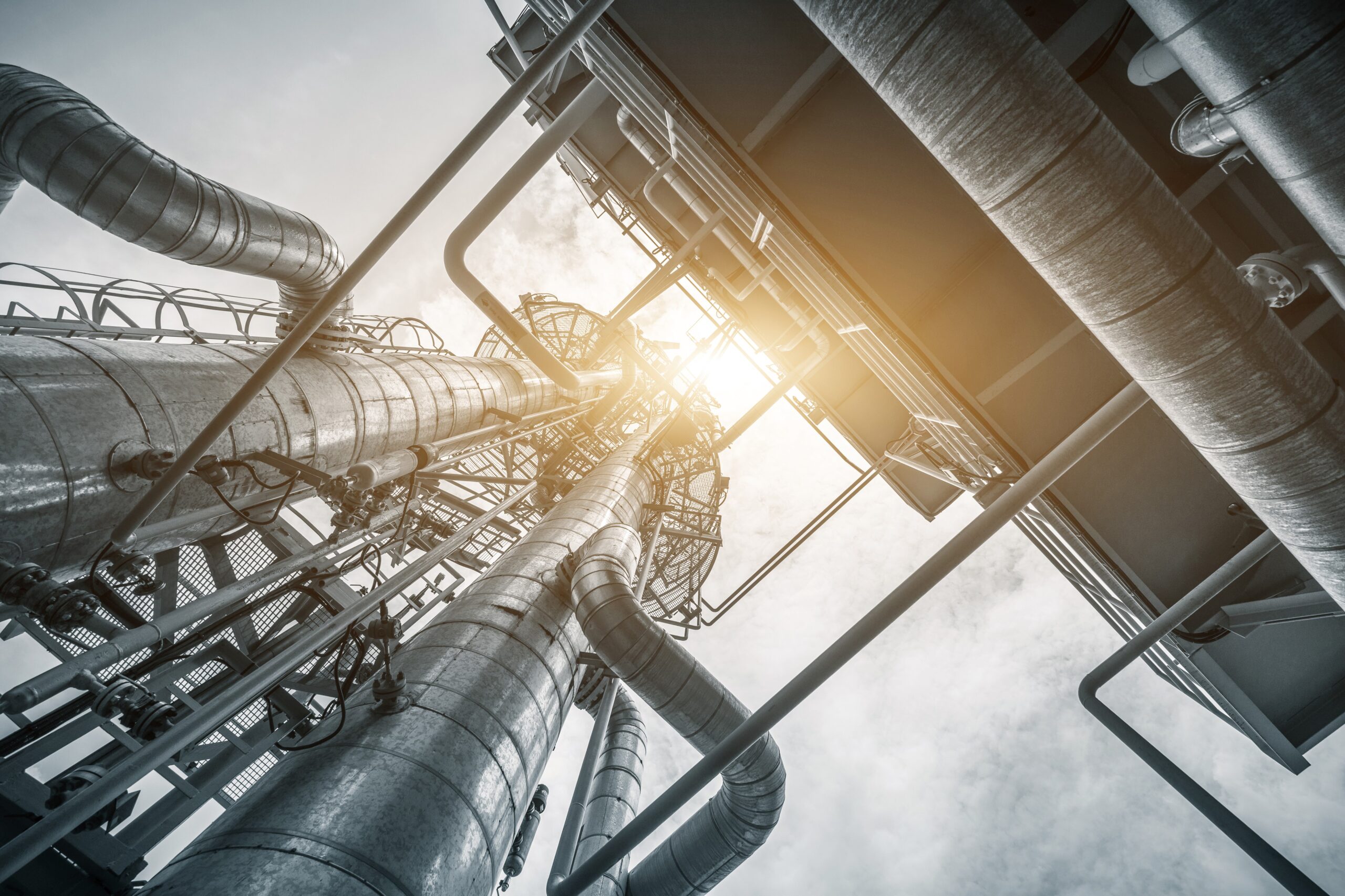 Interestingly, for what once was the go-to “risk off” group in market downturns, energy has become a relative sanctuary in the midst of the broader market sell off. The oil market has entered 2022 in significant deficit, visible through OECD stock levels far below the 2015-2019 five-year average. Therefore, the market needs to build stocks in the first half of the year to ensure adequate supply for the summer driving season. However, newspaper headlines have been filled with new supply outages (Iraq, Libya, Kazakhstan, Ecuador), continued outages (Nigeria), and increasing political unrest (Kazakhstan, Russia, UAE, Saudi Arabia). At the same time, the market is questioning OPEC+ spare capacity as individual members fall short of output targets to raise output. Meanwhile oil demand is rising as European governments loosen Covid restrictions and cold temperatures hit North America. Most analysts expect oil demand to recover to pre-pandemic levels in 2022 and grow through 2030. Nevertheless, most analysts expect the oil market will gradually move from undersupplied to oversupply during 2022, depending on the actions of the OPEC+ group. Nevertheless, mid-term the oil supply is concerning. Licensing of new oil and gas exploration acreage slumped to the lowest in decades. Newfound volumes of oil and gas ended up sliding 60% from 2020 to 4.9bn boe – the lowest volume in 75 years! Energy was the top performer in the MSCI World Index over the past 12 months, with its 37% increase. Interestingly, forward-looking fossil fuel producers will play a “critical” role in decarbonizing the world economy, BlackRock CEO Larry Fink said in his annual letter to CEOs. Fink emphasized that divesting from fossil fuels, as many endowment funds such as Harvard University have done, won’t drive the world toward low carbon. Meanwhile, the 5 Big Oil producers (BP, Shell, TotalEnergies, Exxon, Chevron) will together report $36bn of free cash flow in 4Q21, bringing the full-year total to a record $116bn, acc. to Bloomberg. The 3 largest US (XOM, CVX, COP) companies will generate an average annual ROCE of 20% through 2026, acc. to Goldman Sachs. In Europe, Morgan Stanley expects that metric to reach 13% on average for the top 5 producers (BP, SHEL, TTE, ENI, EQNR). The companies will pay out >$46bn in dividends and buybacks in 2022, up from $34bn in 2021 and with “room to go higher still,” the bank predicts. Against the backdrop of improving returns on capital, shrinking debt, and higher yields, we believe that the sector offers tremendous value at about 4X EV/EBITDA and still trading at record valuations versus the overall markets. Some smaller companies trade below proven reserves NPV giving no value to probable or possible reserve. E.g. Canadian Oil & Gas could buy back their market cap in about 8 years! We are happy to say, that according to Bloomberg and CityWire we were the best Energy Fund of 2021!

The new year has started against a backdrop that includes record dislocations in energy, metals and agriculture, and significant amounts of money in the system – Jeff Currie, the Goldman Sachs’ global head of commodities, recently said in a Bloomberg interview. The bank is extremely bullish on commodities, amid a supercylce that has the potential to last for a decade and, given the Fed pivot, stating that commodities are the best place to be right now. Commodity prices soared strongly, underscoring the inflation concerns that prompted the FED to open the door to faster rate hikes to cool the hottest price rises in almost 40 years. The Bloomberg Commodity Spot Index climbed to the highest ever level since 2014. However, the biggest winners this year include energy products such as crude oil and natural gas as European energy crisis, supply constraints and Russia-Ukraine tensions come at a time when demand is recovering. By the end of the month, base metals edged down from near a record high as traders weighed tight supplies that have sent nickel and tin prices surging against worries over a possible seasonal slowdown in demand. For nickel, prices have recently rallied on dwindling stockpiles that fuelled a squeeze in the market. The London Metal Exchange’s LMEX index jumped more than 30% last year, and metals have burst into 2022 with synchronized tightness across markets – bolstered by Chinese stimulus and falling global inventories. All six metals in London are in backwardation, indicating a tight market. Equities of industrial mining companies were up strong in January, but have not been spared by the sell-off spurred by the FED’s planned rate hikes. Looking at new supply, it’s not getting easier for companies to build new mines – after Rio Tinto got stopped by Serbian government to build a new lithium mine, the Biden administration quashed a project of Antofagasta – both projects were stopped on environmental reasons. In terms of the Antofagasta lease, the department cited inadequate environmental analysis and consultation with the US Forest Service. The move is stoking concerns as to whether it will be possible to secure enough domestic supply of materials for batteries. Transitioning to cleaner sources of energy is a priority of the Biden administration. It isn’t the first time the administration has held up mining projects. Earlier in 2021 it put a hold on the Resolution copper mine in Arizona, which operator Rio Tinto says would be able to supply 25% of U.S. copper needs. The CEO said politics are turning against miners globally as societies and communities resist new mines. Also, Freeport-McMoRan said the task of ramping up supply to meet growing demand is getting harder as societies resist new mines and politicians seek a bigger share of profits. In short, already-positive supply-demand fundamentals look well set to improve further.

The end of an easy-money era should normally spell bad news for gold – but now, fund managers are keeping their holdings. At a time when equities and Bitcoin, often touted as digital gold, are sinking as loose monetary policy draws to a close, gold ETF holdings are proving resilient. Despite expectations for multiple U.S. interest-rate hikes this year, bets for real rates to stay negative and demand for an inflation hedge are supporting the appeal of gold. ETF holdings are still well above where they were before the COVID-19 crisis started. Global stocks have slipped more than 6% and Bitcoin has lost about a fifth of its value on worries that an imminent Fed rate hike will sap investor sentiment. One key reason investors are sticking with gold is because they see real yields remaining negative as the Fed struggles to tighten policy enough to push interest rates above inflation. Concern about high inflation is helping gold too, with U.S. CPI rising at the fastest pace in four decades in December. The fact that gold responded well when the Federal Reserve started the last rate-hike cycle in 2015, and when it ended in 2019, may favor the metal in 2022. Not since the 2008-09 financial crisis has the one-year-out fed-fund future priced for a similar extreme disparity of higher hikes as now. This dichotomy about 14 years ago coincided with a gold foundation of around $800 an ounce, on the way to the 2011 peak just above $1,800, near the current price. Also, Goldman Sachs’ Jeff Currie is backing gold despite the Federal Reserve’s more hawkish tone, as the metal could offer a hedge against any potential policy missteps. According to the bank, there is a chance for bullion to rise if the FED mismanages its policy tightening. Looking at companies, we enter Q4/21 earnings season. According to BMO, the majority of companies delivered on expectations for back-half weighted production profiles in 2021. However, a handful of companies pushed out production increases to H1/22. Unsurprisingly, cost guidance for 2022 has been higher across the board y-o-y. Companies with cost inflation in the mid-to-high single digits were largely in line with expectations, but inflation has been steeper in some cases, with FX fluctuations playing a role, too. Looking at financial figures of the Precious Metals Champions Fund’s portfolio companies, the case looks still extremely appealing. For the first time since launch, the net debt-to-equity turned negative (-0.4%), meaning the companies have more cash than debt on their balance sheet. This leaves room for more shareholder-return through dividend hikes or share buybacks. The dividend-yield of the portfolio currently stands at over 3.2%, which is historically speaking extremely high for gold companies. The free cash flow-yield of close to 8% this year should give companies the ability to reward loyal investors for weak share performance in 2021.