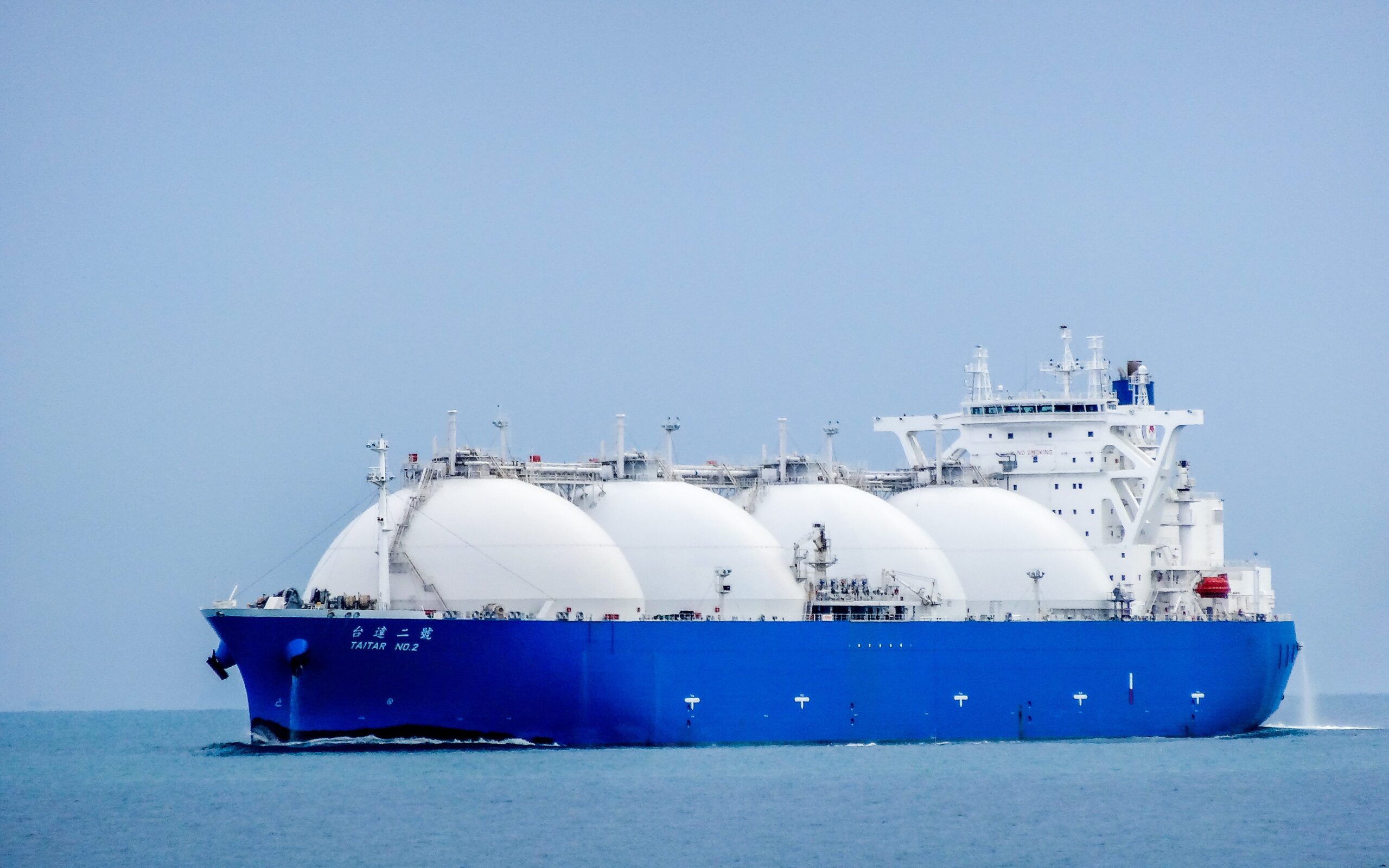 The Brent crude oil price closed >$70/bl for the first time in two years on investors’ optimism that improving demand and a dwindling supply glut may mean the market can absorb additional production from OPEC+. Indeed, OPEC+ agreed to continue relaxing curbs on oil production. Vaccination programs are enabling governments across North America and Europe to reduce coronavirus restrictions and resume more normal economic activity. In the US, oil and oil-product inventories have fallen more than expected in recent weeks, thanks in part to a pickup in demand for transportation fuels. However, this month the supermajors’ transition strategies were in the spotlight. Indeed, demands on big oil to adopt policies supporting the energy transition are escalating. The Hague court in the Netherlands ordered Shell to cut its emissions by 45% by 2030, an order that includes scope 3 emissions. Shell is appealing this ruling. In the US, the activist fund Engine No.1 won two board seats on Exxon’s board. This follows a debate with the company’s management over its energy transition strategy, which the hedge fund claims to be ‘value destructive’, as it keeps focusing on fossil fuels. On Chevron’s side, shareholders backed a proposal calling for the company to ‘substantially’ reduce scope 3 emissions in the medium to long term with 61% approval. These events will likely have long-term reverberations for the energy industry regarding capital allocation, oil supply/demand balances and legal and governmental issues. Further to that, the IEA created waves across the industry through the launch of its report “net zero missions’ by 2050”. One of the recommendations is that there is no new investment in oil and gas beyond 2021. Underlying this recommendation is its assumption that global oil demand declines steadily as consumers change behaviours and new technologies are rapidly (and aggressively) adopted. While we recognize the IEA is merely providing a scenario and highlighting policy options to achieve a net zero world by 2050, we believe that some recommendations are still illusory. In our view, the effect of a sudden complet stop of investments in the fossil energy industry could harm the world more than it helps, at least in the short-term. We think it’s nearly impossible to change the whole supply chain and infrastructure in such a short period of time. The renewable “alternatives” are definitely not ready to absorb this increasing energy demand yet. We need a change but unfortunately its not as fast as some people (govt) would like to have it. Some analysts even think that all these efforts create a very real possibility of crude oil prices spiking to unprecedented levels within the next few years. Ironically, such a spike may be just what environmental-leaning governments would like to see. Nevertheless, ECF companies are in their best shape in history and have a FCF yield of 12% this year, EBITDA margins of >60% and with a valuation of 5x EV/EBITDA continue to be in a sweet spot.

In May, many metals hit new cyclical highs as buyers fear further inflation scramble for supply, particularly as freight bottlenecks inhibit prompt deliveries. As supply risk remains prevalent, analysts expect prices at elevated levels over the coming months and thus, mining industry margins to remain extremely strong across both base and precious metals. Especially in the steel space, analysts expect industry margins to remain well above through-cycle norms for the next quarters. Steel is the cornerstone of global industrial growth, but it is also an industry where, over much of the past decade, low effective capacity utilization has kept margins subdued. And one key element driving that has been ongoing Chinese capacity additions and resultant deflation shipped to global markets via elevated exports. However, China’s decarbonization push has the potential to alter this trend dramatically, at least in the near term. With export rebates removed and China’s government reportedly gearing up for further capacity curbs to lower emissions into H2 this year, analysts are confident that Chinese net steel exports will be significantly lower for the rest of the year. Meanwhile, the situation is most acute in North America. US spot HRC prices reached another all-time high last month on extended supply tightness and strong demand. Most of the supportive drivers remain intact, with exceptionally low inventories, continued demand resilience, extended lead times and rising scrap prices. Also, copper is still standing at prices close to record levels with available on-exchange inventory cover thin, particularly in the robust ex-China market. The raw material end of the market remains extremely tight and fraught with near-term supply risk. Especially elections in both Chile and Peru due over the coming months, potential for enhanced supply disruption via industrial action is rising, while the shipping issues afflicting many markets are also hindering copper concentrate trade, most notably from Africa. Underpinning higher metals prices is a decision made by the world’s big miners half a decade ago to stop pumping ever-expanding supply onto the global market and focus on profitability. Now opening new mines will take time, even as Trafigura estimates an additional 10 million tons of annual copper production will be needed by 2030. IMC portfolio companies are reaping in the benefits of cost savings and capex cuts made years ago und generating record margins – FCF yield for 2020E is standing at a record of 10.2%, while the EBITDA margin is forecasted to grow to almost 50% in 2021E. Also, with a dividend yield of close to 3.5%, the industry is starting to payback to its investors.

Analysts see an opportunity for precious metals outperformance over the coming quarter, with gold back in favour with asset allocators and traditional bar, coin, and jewellery demand seeing a continued recovery. BMO states that investors should keep a close eye later in the year for signs that the FED and other central banks are giving greater clarity on timelines for paring asset purchases. Gold headed for the biggest monthly advance since July, with inflation risks in focus ahead of key US jobs data due later that will offer clues on the economic recovery. Some Federal Reserve officials have said that recent price pressures are to be expected as the economy reopens amid pent-up demand and should prove temporary as supply glitches abate. The PCE price index, which the FED uses for its inflation target, rose 3.6% from a year earlier, the biggest jump since 2008. Many market participants see the question about inflation quite different than the FED. Gold erased its 2021 losses in May amid signs of accelerating inflation and a potentially uneven economic recovery due to the resurgence of COVID in some countries. Investor interest has also returned, with hedge funds and other large speculators boosting their net-long position in gold to the highest since early January. Looking at PGMs, UBS expects platinum markets to remain undersupplied in the near term. The market was slightly undersupplied in 1Q21, which marked the fourth quarter in a row. Although total supply will be higher this year compared to 2020, the bank expects demand to rebound due to rising vehicle production, where platinum is used in catalytic converters for diesel cars and trucks, stronger jewellery demand, and healthy investment demand. Also, investment demand will benefit from expectations of palladium-to-platinum substitution in catalytic converters for gasoline cars. Johnson Matthey, a producer of catalysts, is expecting platinum demand in gasoline cars to climb steeply this year, albeit from a low base as car producers aim to reduce costs. This assumption was also underlined by the management of Sibanye-Stillwater, one of the largest PGM producers of the world and a PMC portfolio company. The company said that they already see substitution of palladium and rhodium by OEMs due to high prices and expects platinum to outperform. The company, with an estimated 35% FCF yield this year and a valuation of around 3x EV/EBITDA announced just yesterday a 5% buyback starting from June 2nd. With a weighted average dividend yield of 3.2%, the PMC portfolio companies offer a yield which is more than double the industry average. Also, free cash flow yields are expected to grow from 7.2% in 2020E to more than 11.4% in 2022E with extremely low net debt to equity of 4%.