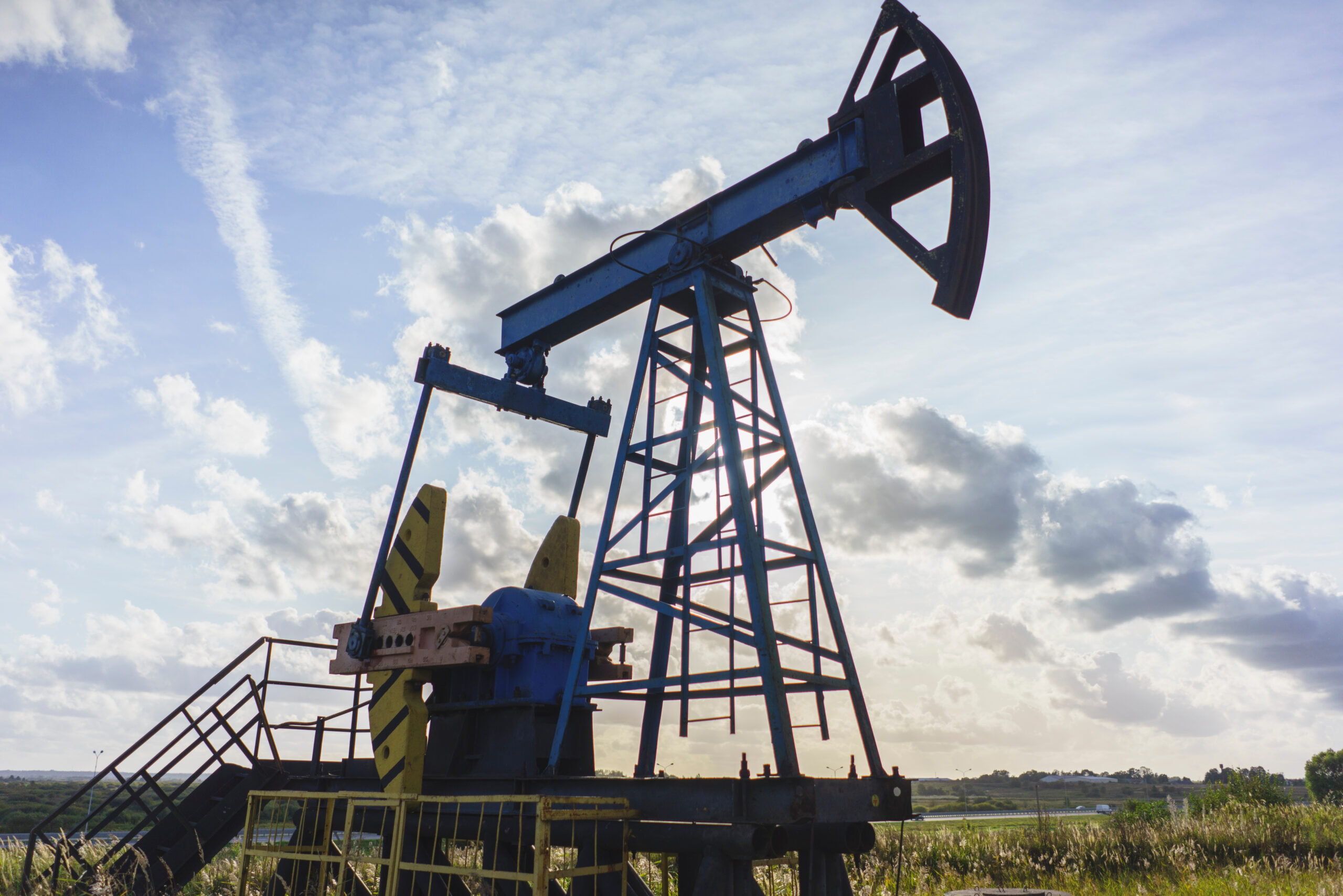 A new COVID-19 variant called Omicron has put energy prices under heavy selling pressure, with oil prices falling by 20% to below $70/bl or a 4-month low. Lower market liquidity post the Thanksgiving holiday in the US has also likely exaggerated the move. So far South African health officials are not nearly as alarmed as some media out there and are reporting predominantly mild cases but data on Omicron is also sparse. Nevertheless, several countries started to reintroduce lockdowns and restrictions on movement. Against this backdrop, the OPEC+ alliance will decide on their supply policy for January later on Thursday. The emergence of the Omicron variant could provide the group with the needed excuse to defer the planned output increase, which could partially also offset the release of strategic inventories. This after a move that was long on political theatre and short on fundamental market impact, President Biden announced the strategic release of 50 million barrels of crude from the Strategic Petroleum Reserve over the coming months. Meanwhile, the rapid recovery in oil demand in 2021 proved the naysayers wrong and nothing has emerged so far that suggests the Omicron variant will prevent the recovery. Global oil demand reportedly has returned to pre-COVID-19 levels of roughly 100 million b/d led by the strong recovery in demand in the US and Asia. US gasoline demand achieved record highs this past summer while Asia demand resumed its two-decade long growth streak. Most analysts believe that oil demand will continue to grow through 2022 and beyond for a while. Therefore, structural underinvestment in oil and gas supply, combined with robust demand and rapidly shrinking OPEC+ spare capacity are likely to support higher oil and gas prices for some time according to JP Morgan. Further to that, they estimate that the ‘true’ OPEC spare capacity in 2022 will be 2mb/d (43%) below consensus estimates of 4.8mb/d. There are first voices out there, saying that if this trend continues, we may reach by 2023 a period without any excess global pumping capability, this would be a new period in the history of oil. As prescribed the oil and gas equities sold off during the last few weeks but less than the oil price. This is quite an exception and may be related to the improving sentiment towards the strong fundamentals of the industry. Rystad Energy’s annual cost of supply analysis has revealed that costs within the upstream sector have come down considerably in 2021, making new oil more competitive and significantly cheaper to produce. The average breakeven price for new oil projects has dropped to $47/bl – down around 8% over the past year and 40% since 2014. Therefore, with lower cost structures, better balance sheets and continued capital discipline there is still ample FCF for shareholder returns. Because companies hit debt targets, we are persuaded they will contine to increase allocations to shareholder returns.

According to analysts, copper holdings tracked by the world’s metal exchanges look set to hit the lowest level since late 2005 within the next few days. That may signal a tighter global market, buttressing prices just as omicron concerns rock risk assets. Holdings of copper in LME sank 45% in November, falling for a third month. They’re now just a whisker above the low registered in September 2020, and a small, additional draw would cut them to the lowest in 16 years. It’s significant that, at the same time, stockpiles in China are already close to the lowest since 2009. November was volatile as investors evaluated the economic threat of the omicron coronavirus variant and comments by the FED that signal a faster-than-expected end to the central bank’s asset purchases. Market participants perceive the recent rise in COVID-19 cases as downside risks to employment, economic activity, and increased uncertainty for inflation. Even with inventories historically low, key base metals including copper and aluminum remained under pressure in November as traders grappled with weaker demand in China, where an energy crisis and property slump has hurt consumption. In China, the latest manufacturing data offered some positive signs though. Chinese factory sentiment improved, growing for the first time in three months and easing fears around the country’s slowdown. Premier Liu He said recently, the country’s economic growth this year will exceed targets. The government plans more support for businesses and is fully confident of prospects for next year. On the equity side, global dividends rose by 22% year-on-year on an underlying basis with 90% of companies either raising them or keeping them steady over the third quarter. The mining sector fueled most of the rebound according to the financial times. With soaring commodity prices, many mining companies delivered record profits, in turn increasing shareholder payouts. BHP for example, is expected to be the world’s biggest dividend payer this year, distributing almost $18.9bn to shareholders. This coincides with the statements of companies we recently talked to. Most of the companies prioritize shareholder returns via dividends and share buybacks as well as internal growth over expensive mergers and acquisitions as the industry overall is basically debt-free. Especially small to midcap companies, which didn’t pay dividends in the past, thinking about installing regular dividend payments to attract mainstream investors. In our opinion, this makes sense. The industrial metals champions fund currently has a free cash flow yield of 12.1% (2022E) with a historically low net-debt-to-equity of only 7% – there is enough room for more shareholder returns.

Gold edged higher as a new COVID-19 variant emerged, but also declined to where it started the month after hawkish hints from the FED buoyed the dollar and blunted support for the metal. After surging to a five-month high earlier in November, the precious metal lost most of its gains. Prices have come under pressure as a slate of FED policy makers said they were open to a more rapid removal of pandemic-era stimulus in response to accelerating inflation. Federal Reserve Chair Jerome Powell said the strong US economy and elevated inflation could warrant ending the central bank’s asset purchases sooner than planned next year. The dollar is being bolstered by a flurry of positive US economic data including a jump in consumer spending while Treasury yields rebounded, denting bullion’s appeal. On the other hand, traders are still assessing the uncertain outlook for growth. Economists are warning that possible new lockdowns risk derailing plans to withdraw monetary stimulus, while reinforcing the same imbalances that have fueled the current wave of surging consumer prices. On the company side, Gold Fields has budgeted to spend $1.2bn on reducing its carbon footprint by 2030 according to the CEO. The company committed to reducing its Scope 1 and 2 carbon emissions by 30% on a net basis and by 50% on an absolute basis by the end of the decade. Moreover, they are targeting a recycling or reusing rate of 80% of its water and a reduction in freshwater use of 45%. Also, Impala Platinum revived its pursuit of Royal Bafokeng Platinum, seeking control of the smaller South African miner in an escalating battle with Northam Platinum. Implats valuing the miner at $2.7 billion and has long wanted to own Royal Bafokeng’s low-cost mechanized assets, which are key to prolonging the life of its own deep-level operations in the adjacent Rustenburg mining complex. More M&A related news are coming from B2Gold, the Canadian company is interested in acquiring gold assets in Zimbabwe and has held talks with the government and other officials in the southern African nation. The company said they are looking at it as intriguing potential with some advanced projects as well as exploration potential. Further, Hochschild Mining said it has agreed to buy Amarillo Gold in Brazil for about $106mn in a move that would diversify its Peru-focused operations. The deal comes after Peru’s government backed away from a plan to withhold further permitting extensions at Hochschild’s two most important mines in the country which sent shock waves through the local mining industry and depressed the share price of the company.