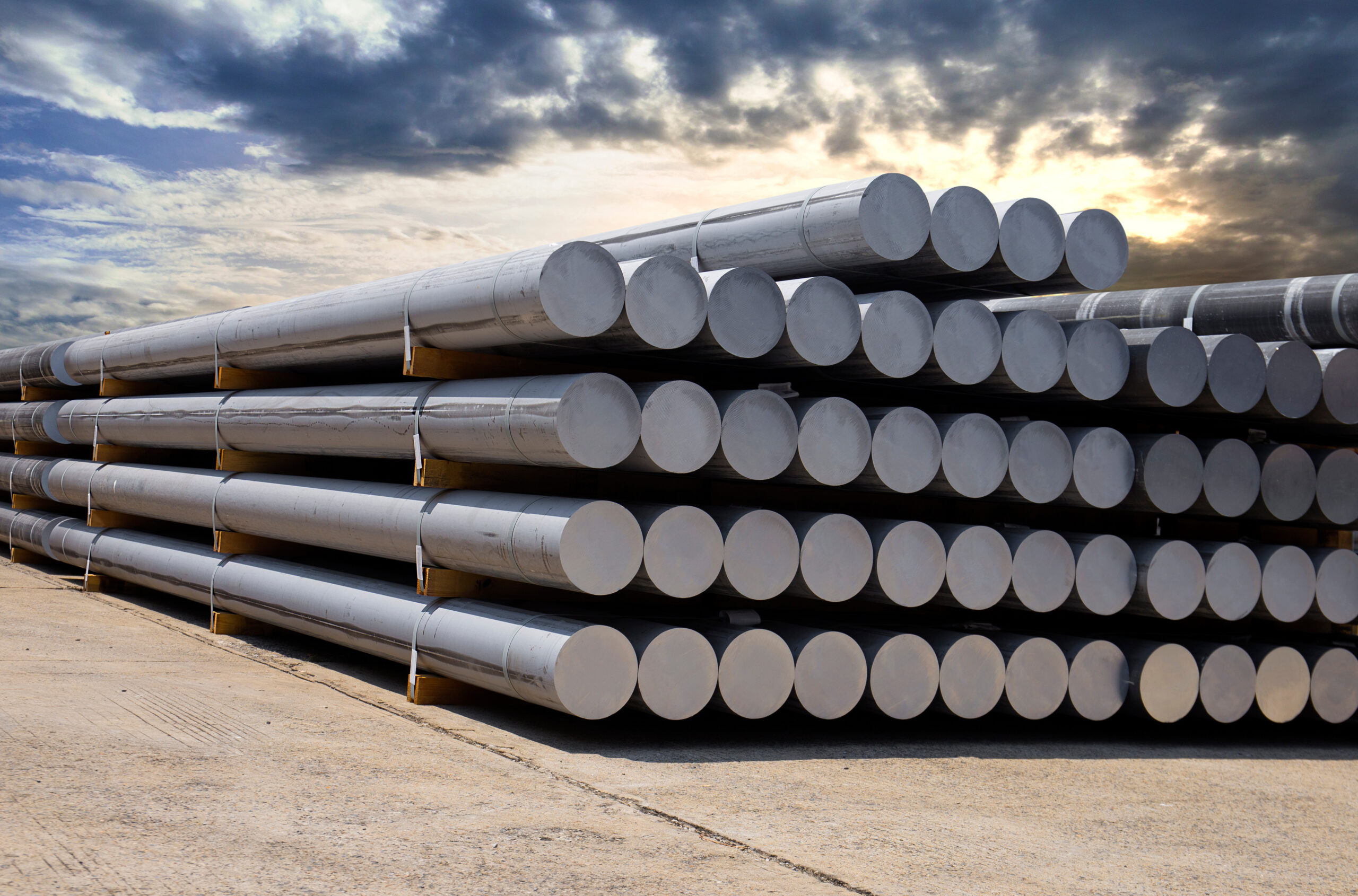 The latest gains for oil prices have come as part of a broader rally in energy markets, with depleted natural gas inventories and resurgent economic activity sparking fierce competition in Europe and Asia for natural gas to feed their power markets. A global natural-gas production deficit, depleted inventories, lower imports from Russia and a push from the Chinese government to slash emissions (switching out coal for gas) have all played a role in pushing gas prices higher. That comes as the Northern Hemisphere heads into the winter indoor heating months. Futures for US natural gas reached $5.8/MMBtu last week. They are up some 130% this year while European natural-gas prices have more than quadrupled this year. Coal and carbon-permit prices headed higher, too, adding to the strain on energy-hungry companies and industries in Europe and Asia. India’s power plants have only 4 days left of thermal coal stocks. A shortfall in global energy supplies is spilling into crude markets and could add momentum to this year’s rally in oil prices according to several analysts that increased oil price forecasts. Power plants are already starting to switch from using natural gas to using oil in Asia. China ordered its state-owned companies to secure energy supplies for winter at all costs. The order from Beijing is the latest sign that rising energy prices are becoming a political issue, after the White House recently said crude’s rally was a concern. Meanwhile, the OPEC+ alliance will meet today to review the next monthly increase. Paradoxically, high prices are partly the result of cuts to exploration budgets. Globally, producers have cut back capital spending by about half over the past decade. Therefore, not surprisingly, OPEC’s said consumers should brace for more energy shortages unless the world boosts investment in new oil-and-gas development. Despite its clear unpopularity the energy sector has been the best performing sector within the S&P 500 this year by a wide margin. Indeed, oil and gas companies are earning as much cash as never before. The positive price outlook and rising demand for oil has prompted renewed M&A activity, with ConocoPhillips agreeing to acquire Royal Dutch’s Permian Basin assets for $9.5bn in cash. This perhaps portends further consolidation among industry players as the O&G majors divest of assets for ESG reasons and smaller operators exit the market. Finally, we think, it’s becoming increasingly understood that the various ESG policies to reduce fossil fuel usage are having a counter-productive effect on energy prices, as renewable energy generation is not able to bridge the gap between continued demand and fossil fuel plants going offline as we transition to renewable energy sources. Interestingly, the OPEC secretary M. Barkindo said: the world can’t afford to underinvest in oil and the energy crisis in Europe and many parts of the world is a wake-up call. The ECF continues with an absolute and a relative strong performance.

The power crunch in the top base-metals consuming country has triggered production losses at smelters and fabricators in the past few months, hitting both supply and demand for everything from copper to tin. So far, the biggest impact has been felt at energy-intensive aluminum plants. According to Goldman Sachs, that has chocked off aluminum supply, just under 3 million tons of annual smelting capacity, fueling the metal’s rally to the highest level since 2008. While that’s already about 8% of China’s total capacity, the prospect of further power rationing as the country braces for higher winter demand will keep the sector under pressure. Policy makers in China are worried about higher commodity prices and are willing to intervene to drive costs down. While the nation’s position as the world’s top buyer gives some pricing power, ultimately, they’re hostage to the dynamics of supply and demand. According to analysts, Beijing announced the first of its metal sales in June, with more following in July and September. Since then, copper has remained near unchanged, while aluminum and zinc extended gains. Clearly, those sales were not enough to materially alter the market balance in the mid- to long-term. Looking at copper, prices for the bellwether commodity this year will probably average more than $4/pound – that would be a record annual average. The supply-demand equation for copper is very tight, even amid market-wide uncertainties fueled by Chinese property turmoil and global energy crunch. Copper plays a crucial role in in a global transition toward cleaner energy and transport. But not only copper, the world needs more mines to meet demand for battery metals required to shift to less polluting energy sources. The ability to build mines in a world where extractive resource industries has become more challenging as investors put greater weight on the environmental credentials of metals producers, while social issues including dealing with local communities have also been under the spotlight. That adds to industry challenges that include supply disruptions and rising cots of raw materials. The industry keeps its exploration budgets in check though. BHP, one of the world’s biggest miner, spent little more than it earned in an average 12-hour period last year exploring for new deposits. The company spent just $53 million looking for copper last year, when it posted record profit of $37.4 billion. The industry is universally bullish on copper, expecting a surge in demand while long-term supply looks constrained by the lack of new mine development. Yet part of the reason copper is so favored by miners and investors alike is because new deposits have been so hard to find. The company expects its total exploration spend to jump to $800 million this year.

Gold prices were set for a second quarterly drop in three quarters as the prospect of the U.S. Federal Reserve tapering its pandemic-era stimulus strengthened the greenback, making bullion more expensive for holders of other currencies. Expectations that the Fed could withdraw economic support kept the dollar index near a one-year high. Spiking U.S. bond yields added to the currency’s firmness. Deepening safe-haven bullion’s woes, benchmark U.S. 10-year Treasury yields held above 1.5%, a level not seen since late-June. Reduced central bank stimulus and interest rate hikes tend to push government bond yields higher, raising the opportunity cost of holding non-yielding gold. While gold’s price action has been lacklustre, the fact that investors have already offloaded a lot of their gold holdings suggests prices shouldn’t drop much further. According to analysts, the fears of stagflation are growing ever stronger, which could once again spur interest in precious metals. Also, there are multiple crises currently threatening the global economy. In China, a slowdown in growth looks likely due to the power crunch and there’s still a risk from Evergrande Group’s financial woes. And while President Joe Biden has signed a nine-week stopgap funding bill that averts a government shutdown, it fails to resolve the threat of a US default linked to the debt limit. Even though gold ETFs suffer persistent outflows, holdings are still historically high. Looking at gold equities, Agnico Eagle Mines and Kirkland Lake Gold, the largest and second-largest gold producers in Canada, announced an all-stock merger, valued at about $13.5 billion that creates a new mining giant with its centre of gravity in Canada. The merged entity will produce about 2.5 million of its 3.4 million ounces of gold per year form Canadian gold mines. According to the companies, the deal will create regional synergies and at least $2 billion in savings during the next decade as the two companies have a large geographic overlap in their asset base, with a string of exploration properties, mines and ore processing facilities located in close proximity to each other. The low premium ties into a gold mining sector trend that dates to at least 2018 when Barrick Gold announced a no-premium all-stock merger with Randgold Resources valued at $6 billion and when Newmont announced its acquisition of Goldcorp valued at roughly $10 billion.