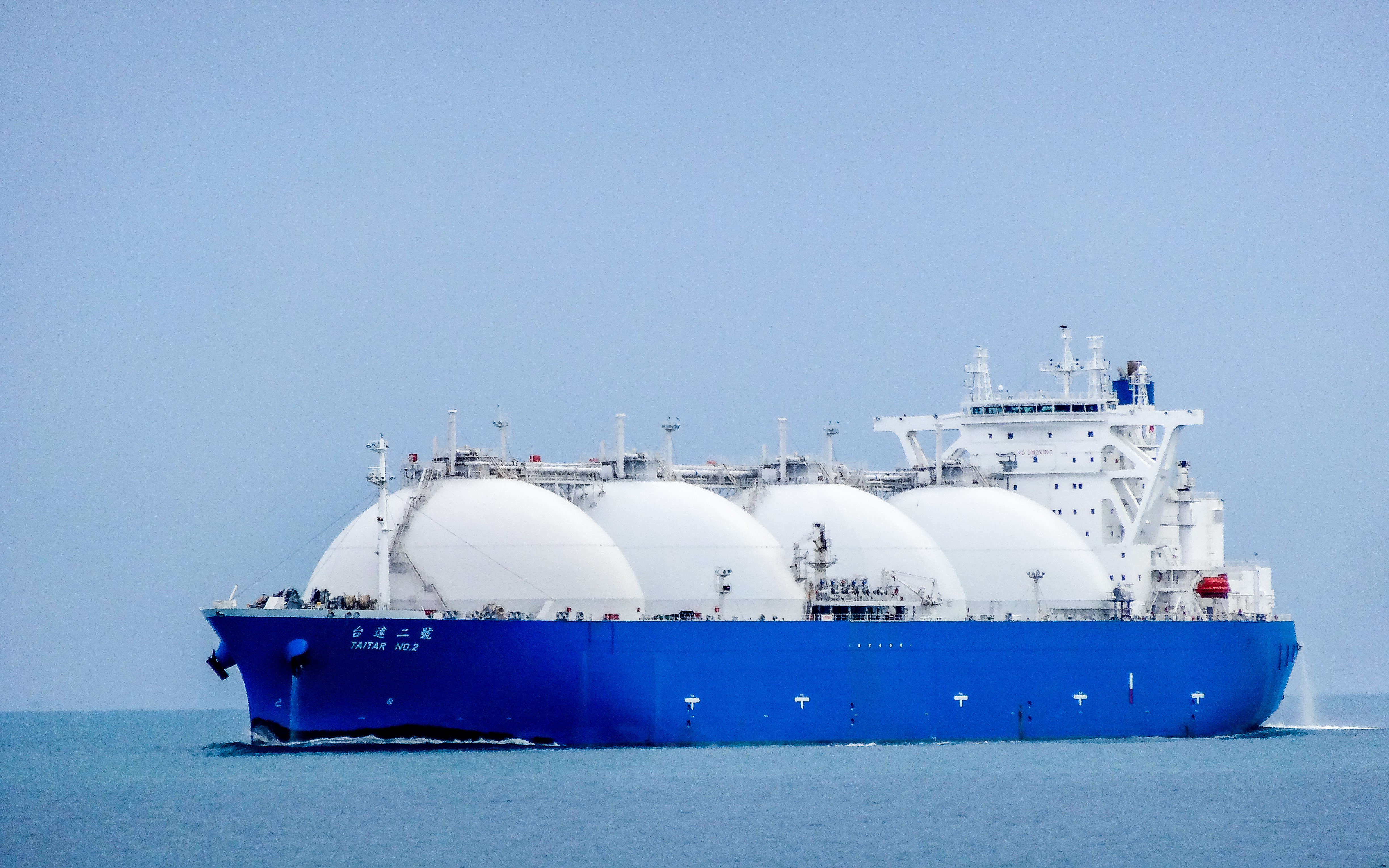 The spreading coronavirus and the knock-on impact to the global economy took a toll on the equity market last week with the SPX dropping 11.5% (the most in one week since 2008). Global oil demand will certainly take a hit during 1Q20, primarily via reduced demand in the transportation sector, but it will take months to assess the real demand impact due to delayed data releases. Weekly oil inventory data released in the US, Northern Europe, the UAE, Singapore, and Japan is the best indicator to assess the oil market. Some market participants have suggested oil demand has fallen by 4mboe/d y/y. All else equal, that would suggest that oil inventories should increase weekly by 28mboe on top of seasonal patterns. However, looking at the aggregated weekly data, oil inventories have fallen this month. Global visible data suggest inventories are moving sideways this year, not strongly up. It may take longer to see those oil inventory builds showing up. Indeed, Orbital data shows that Chinese inventories have built 6.3mboe in the past 7 days, compared to the nearly 12mboe over the previous 30 days. Year-on-year growth in Chinese stockpiles was just at 3.4mboe. The numbers show that Chinese builds are below what media reporting on demand destruction would suggest. On the other hand, falling production is at least partially offsetting those demand losses. Libya has lost 1mboe/d this year. Surprisingly, Norwegian oil production declined in January. The latest US sanctions on Venezuela might drag down production again and US crude production might not move sideways as suggested by weekly data, but fall modestly, too. However, this week there is an OPEC meeting in Vienna. The key will be to see if OPEC+ cuts production. Some press reports speculating the prospect of +1mboe/d cut and some say Russia is now ready to cooperate. Nevertheless, for energy investors it was a bloodbath with the S&P Oil&Gas Index (XOP) -18%, WTI crude oil -15% and natural gas -11% in just one week! At least, managed money positioning showed a jump in Brent net longs last week through Tuesday and WTI crude oil speculators had closed out more than 3x as many short positions. However, in energy equities, short sellers have added more than $460m to their short-interest positions since the start of February. Nonetheless, the 4Q19 earnings season is largely in the books. Notwithstanding unravelling oil prices, E&P budgets were largely predicated on $50/WTI in 2020 and FCF yiels are still increasing. Due to the challenging environment, it’s also important to highlight that US E&P companies have hedged forward 45% of their 2020 oil production at an avg floor price of $55/boe providing a partial financial resilience. Last but not least, Bank of America calculated that the sector was now underperforming the broader market by the biggest margin in almost 80 years respective since the Pearl Harbour attack.

The coronavirus outbreak has sparked one of the worst routs in commodity prices in years. Investors are now bracing for even steeper declines – a warning signal about the state of the global economy. Commodities have been among the hardest hit investments since the outbreak began spreading around the globe. Oil prices have fallen 32% in less than two months. Industrial metals from copper to aluminum are also taking a big beating. Same for global stock markets which are struggling to end the worst rout since the financial crisis even as central banks readied stimulus measures to help counter the impact of the coronavirus. The Federal Reserve signaled that its open to easing policy and some strategists expect action very soon. Japan’s central bank offered to buy back government bonds to boost market liquidity, while China may also act after its factory gauge dropped to the lowest on record. Also, there is a gradual reopening of factories across China which should boost activity. Jiangxi Copper Co., the country’s top refined-copper producer, has restored mining and smelting activity as downstream users restart operations and demand returns after an extended shutdown. Mining and smelting running at full capacity as of February 28th, according to the company. Nonetheless, Asia’s factory activity took a tumble last month under the weight of the rapidly spreading virus outbreak, with a severe plunge in China driving down output across the region. Goldman Sachs economists now expect the virus to inflict a short-lived global contraction on the world economy that forces the Fed to slash rates in the first half of the year. According to analysts, the steep declines in mining companies shares are overdone. For instance, iron-ore prices would have to fall from the current $82 a ton to $60 to justify current declines in Rio Tinto and BHP, which are big sellers of this commodity to China. Mining looks very attractive, even if, in the short term, commodity-price declines will hit earnings. Miners have been disciplined on supply, while demand will increase as China and other countries stimulate their economies. According to UBS, the average spot 2020E price-to-earnings multiple for the largest diversified miners is 11.6x and spot free-cash-flow yield for 2020E still averages at 9.96%. The bank expect base metal equities to rebound in Q2 2020, as the profitability, the financial health as well as the overall investment case of most miners is still in place, even after the recent plunge in most commodity prices. As an example of exaggeration, Rio Tinto posted its best underlying earnings since 2011 – the stock lost over 11% in February

Gold closed off February with its steepest daily decline since 2013 and lost over 4.6% on Friday the 28th. Still, gold is up 5.7% year to date and is in demand as a safe haven asset. As financial markets panicked over the spread of the coronavirus, stocks tumbled and dragged gold and other precious metals lower. Back in 2008, spot gold fell by more than a quarter between July and late October, before its run toward $1’900 an ounce, once global rate cuts began in earnest. Last week, the chair of the US federal reserve pledged to act as appropriate to soften the impact of the virus on the economy, paving the way for multiple interest rate cuts, perhaps even before mind-March. With the coronavirus spreading globally and the Fed looking at the possibility of a rate cut, the upward momentum in gold prices is likely to remain intact. The virus-driven turmoil in markets fuels the demand for gold nonetheless, with year-to-date flows into gold-backed ETFs hitting just over 100 tons. The latest push took the total holdings to another record, according to Bloomberg. On the other side, how it plays out in Chinese gold consumption demand is yet to be determined but, according to the World Gold Council, it is all but certain that China’s consumer demand will ease. They expect 1Q20 demand to contract by at least 10-15% if history serves as a guide. Whether demand rebounds or continues to soften will depend on the duration of the epidemic and its impact on economic growth. Nevertheless, according to most analysts, gold’s fundamentals remain overwhelmingly strong and any near-term price corrections aren’t significant in terms of the bigger picture. Investors are said to be cashing out to cover losses and meet margin calls in other markets. Analysts don’t view this recent plunge as a loss in faith in gold’s role as a perceived safe haven or a fundamental shift in the attitude toward gold. For the PGM market, the fallout from the coronavirus outbreak has pushed the price of platinum to a six-month low. Platinum is the worst-performing precious metal in 2020, down nearly 10% year-to-date.The demand for platinum in autocatalyst production accounts for slightly more than one-third of overall demand for the metal. Car sales were weak in Asia and Europe in January, and the spread of the virus will likely weigh on car sales in February and March, too according to UBS analysts.