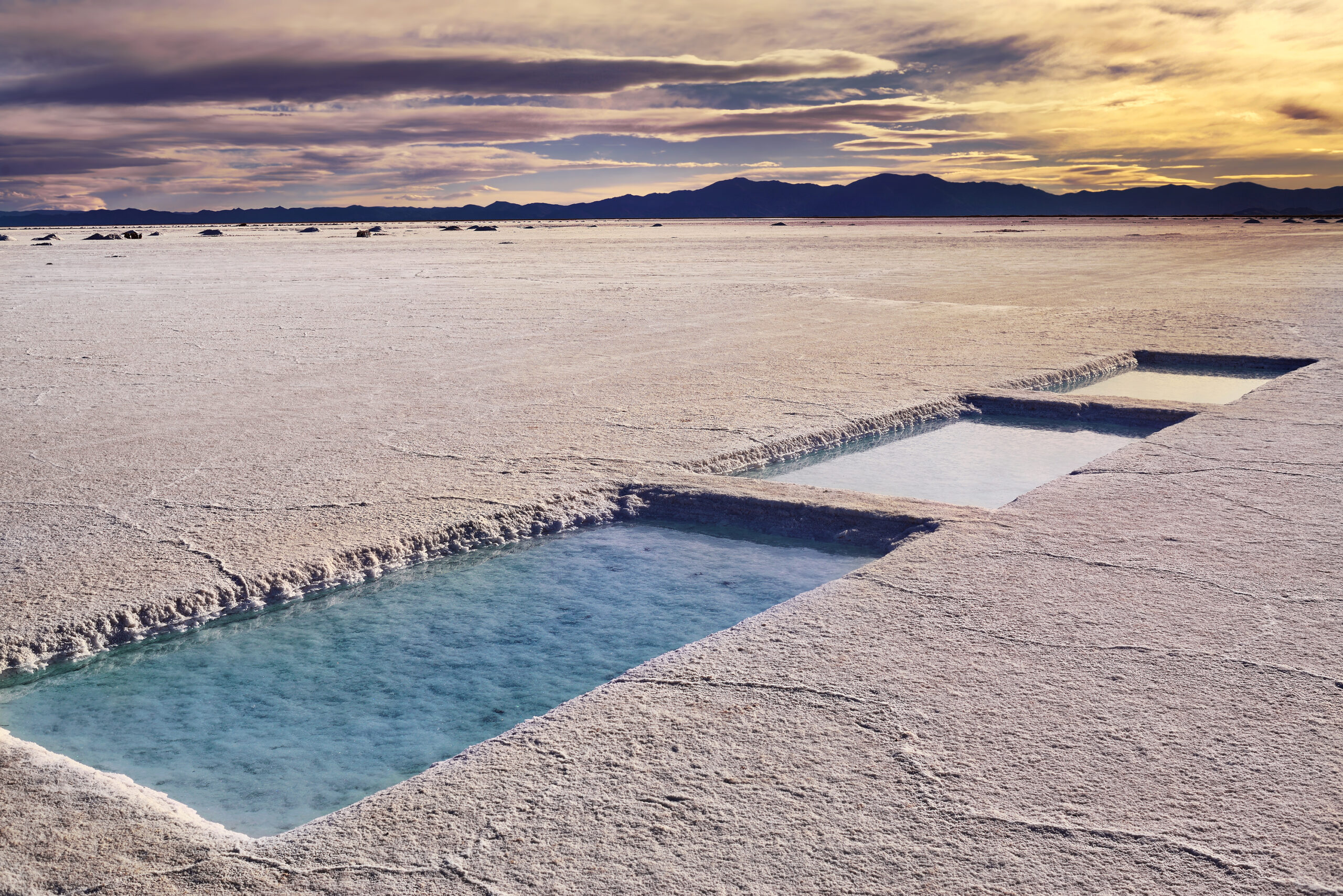 2021 was exceptionally positive for the energy sector. WTI and Brent crude were up by more than 50%. While 2021 average oil demand was likely still below 2019 levels, end-2021 oil demand approached 2019 levels driven mainly by emerging markets. Preliminary data (implied oil demand) also suggests that US oil demand has fully recovered. Interestingly, natural gas and coal demand reached new record highs in 2021. Global natural gas prices mainly in Europe and Asia surged significantly over the last several months due to growing concerns about a potential energy shortage over the winter heating season against the backdrop of lower-than-normal global natural gas inventories. The oil market enters 2022 with OECD commercial oil inventories standing <2.7bn boe, the lowest level since 2014 and below the five-year average. Most of the oil supply growth in 2021 came from OPEC+, adding 1mboe/d of oil liquids in 2021 and higher production in Iran and Libya (exempted from cuts). However, the group’s cautious policy in reversing the production cuts implemented in 2020 was a decisive move to reduce oil inventories and support prices. Turning to 2022, OPEC+ compliance remains elevated so far and most analysts expect a balanced market in 2022 but an increasing deficit market after that driven by under-investments in the energy sector and infrastructure. Indeed, the oil and gas industry had a record low exploration success in 2021. According to Rystad the total discovered oil and gas resources in 2021 stand at 4.7bn boe, this is less than half the average of the last few years. It is worth highlighting that drilled but uncompleted wells (DUCs) have fallen to their lowest level since mid-2014, according to the EIA, indicating that US operators are completing more wells than they are drilling. Pressure from investors, who are focusing their attention on ESG issues, and not rewarding energy producers to increase their hydrocarbon output, is also a factor limiting supply growth. According to a poll released by the Fed of Dallas executives of publicly traded oil and gas companies have said they largely plan to keep production flat or expand output at low-single-digit percentage rates next year and focus on improving shareholder returns. However, they face also sharply higher costs. The index for input costs among service firms hit a record high in the survey, rising to 69.8 from 60.8 last quarter. Rising supply-chain disruption and associated inflation may have the potential to delay and impact drilling and completion activity in 2022. Nevertheless, the current average EV/EBITDA multiple of ~4x remains well below the long-term average of 6x. Considering that producers have maintained capital discipline, strengthened balance sheets and are focused on returning capital to shareholders many analysts estimate that the industry should be trading at premiums to historical averages versus the current discounts that stocks trade at.

Metals vital for making rechargeable batteries in electric cars are set to extend their stunning rally into 2022, potentially increasing costs for automakers and blunting a key weapon in the race to slow climate change. Metals from aluminum to zinc are in the throes of an unprecedented boom as the global push toward a greener future fire up demand for materials. At a time of constrained supply exacerbated by the pandemic. Analysts expect the supply-chain constraints that impacted the movement of materials last year to remain well into 2022. Lithium for example is expected to stay at relatively high levels for a while, bolstered by buoyant downstream consumption and constraints in brine production capacity and spodumene supply. The lithium market has tightened last year due to underinvestment and low prices. As miners scurry to expand capacity, long-term electric-car demand bodes well for the material that’s used in virtually all EV batteries. Even though the climate should be a prime time to build a lithium mine, Rio Tinto is finding out otherwise. Within months of unveiling plans for a $2.4 billion mine in western Serbia, local opponents organized a movement that’s rocked the government and brought cities to a standstill as thousands of protesters march in the streets. Authorities subsequently suspended a land-use plan for the proposed mine, though they didn’t reject the project completely. We have talked to numerous companies last year which stated the same problem. Getting the green light to build a mine is increasingly hindered by lengthy and expensive permits on sustainability concerns. Industry executives consider it their biggest challenge going forward. Historically, mining offered jobs and economic development to typically poor areas, with taxation and royalties to fill government coffers. But all too often, people living nearby paid a price for environmental degradation. That’s changing – locals are pushing back, deciding that the economic benefits don’t outweigh the costs to their quality of life. Governments also are increasingly unwilling or unable to override those concerns. Despite mining’s contribution to almost every aspect of modern life, the industry is still seen as one that takes more than it gives. It’s become more difficult to build a mine today than it ever was before, even when prices are high, and supply is needed everywhere. Antofagasta, one of the largest copper miner in the world, says that mines typically take about 15 years to go from discovery to production. Rio Tinto’s CEO states that a mine built in the 2020s, that’s going to be around for decades, is going to look very different from something built 50 years ago, or even 20 years ago and he is pushing to get this message across.

Gold is starting the year under pressure after its biggest annual decline since 2015 as central banks started to dial back pandemic-era stimulus to fight inflation. Traders are also monitoring the risks posed by the omicron virus variant. Analysts don’t expect the price of gold to free-fall as real rates and yields are set to remain at a historically low level, very close to zero until the coast is clear from the strains of Covid-19. Ten-year Treasuries had the worst start to a year in more than a decade, according to Bloomberg data. Higher yields diminish the appeal of non-interest-bearing havens like gold. After the FED retired the word “transitory” for rising inflation, this could ignite gold’s safe-have appeal for wealth preservation after a long phase of consolidation. Since inflation expectations have been accurately measurable, historically gold has risen both nominally and in real terms every single time inflation expectations were on the rise, with one exception being the 1999 period and the bursting of the tech bubble, when inflation expectations peak and gold traded flat. According to Cantor Fitzgerald, the key takeaway being, historically, when inflation expectations have been rising, gold has never traded down. This also held true immediately following the COVID-induced sharp market crash in Q1/20, when inflation expectations initially collapsed, and then began to spike. Gold rallied to new all-time highs within six-months of the crash. The anomaly is in the nine-month period that followed from August 2020 to April 2021, when inflation expectations continued to rise, and gold did trade down, the first time on record. Through most of this mid-2020 to mid-2021 period, the general narrative was that inflation was “transitory.” This is starting to shift now to inflation that is “persistent.” When this sentiment turns in earnest, and the consensus view moves to “higher inflation is going to be with us for longer”, analysts expect the gold price to re-connect with its historical positive relationship to inflation expectations. On the company side, Newmont, sold $1 billion of bonds giving it a financial incentive to cut emissions and improve corporate governance, the first company in the energy-intensive industry to issue such securities. The 10-year bond will pay investors a higher interest rate if it fails to cut emissions, or to sufficiently boost the percentage of women in its senior leadership positions by 2030. Newmont aims to reduce direct emissions from operations and indirect emissions, or scope 1 and 2 greenhouse gas emissions, by 32% by 2030 base on a 2018 baseline. Also, the M&A-wave continued with Kinross to buy Great Bear Resources for about C$1.8bn in stock and cash.