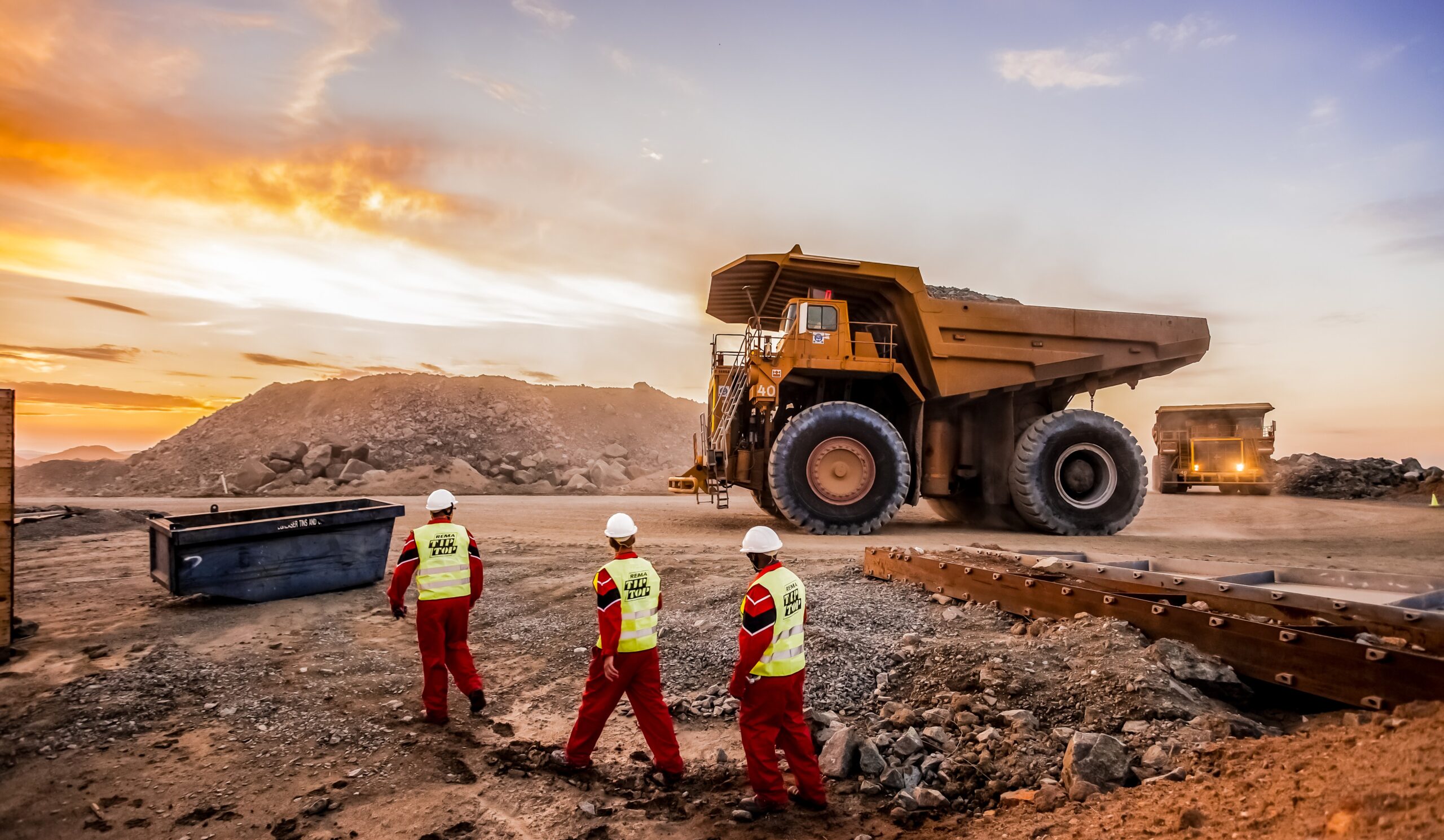 Oil markets remain tight. At present, the global crude market faces a deficit of 2mboe/d and stockpiles are near record low levels. However, a key discussion with investors is related to potential demand destruction in a recessionary scenario. History shows that demand growth was negative in only 10 years since 1965. Equally, the demand decline was limited even during recessions. While recent US data has suggested that economic weakness is starting to impact oil demand, some analysts think that the pullback along with continued cost inflation will put additional pressure on supply, ultimately prolonging the duration of the current commodity super cycle. Indeed, low spare capacity continues to weigh on OPEC’s ability to deliver on its quotas. Further to that, with Saudi saying that its long-term max production capacity being only 13mboe/d, the world is increasingly looking for incremental barrels. However, public operators are not moving to accelerate activity levels in a hyper-inflationary environment, and service providers, are not investing in additional capacity, as supply chain and a lack of access to capital are increasingly barriers to entry. Gas markets are also tight, mainly in Europe. Russia cut exports to Europe to multiyear lows this summer supplying less than a third of normal volumes and there’s no clarity on further moves. Related to that, electricity prices jumped in Germany to >€400/MWh for the first time ever. The current price is ~1’000% higher than the €41.1/MWh 2010-2020 average. However, European gas storage facilities are about 69% full, with the pace of refilling at average levels despite the cuts. Nevertheless, EU nations are quickly lining up alternative supplies and import infrastructure. According to most analysts energy stocks offer the most attractive risk/reward opportunity within equities, especially after the recent sharp correction. Energy is a deep value sector that is simultaneously improving on quality, growth and income factors, a rare combination. The sector should deliver strong relative and rising capital return (dividend yield +4%, growing buybacks $16bn announced YTD, +100% vs FY21) funded by +20% FCF yields. Indeed, analysts keep lifting earnings forecasts for energy companies at a fast pace, and the stock market is struggling to keep up. As a result, the Stoxx 600 Energy index is now the cheapest sector in Europe, with a record low fwd P/E of 5x and trading at a historic discount relative to the Index of 56%. As a revenge of “old world economy” Exxon generated in 2Q22 more free cash than Alphabet and is #3 in the S&P 500 behind Apple & Microsoft. Chevron jumped up in the ranks with cash inflow to #5. Nevertheless, energy stocks remain broadly under owned. However, there is growing concern about ESG underperformance, resulting in many institutions starting to revisit their existing ESG frameworks and looking at different ways of softening ESG objectives all of which should translate to incremental equity flows into energy.

According to a new S&P Global study, unprecedented and untenable copper shortfalls in the coming decade put the global shift away from fossil fuels at risk. The bullish findings are a long way from the slowdown of recent months, when copper lost a thirds of its value from a March peak. Analysts from Goldman Sachs to Bank of America have slashed their near-term forecasts in anticipation of a drop in consumer spending and industrial activity. Longer term though, the equation changes. Demand is set to reach around 50 million tons by 2035 from 25 million today. With new deposits trickier and pricier to find and develop, the main sources of new supply would come from recycling and gains at existing mines. Based on current trends, an annual supply shortfall of almost 10 million tons would open up in 2035, the study of S&P found. That’s equivalent to 20% of demand projected to be required for a 2050 net-zero world. Even assuming aggressive growth in capacity utilization and all-time high recycling rates, the market would still face persistent deficits, including nearly 1.6 million tons in 2035, it said. According to McKinsey, big deficits like the study found are hypothetical, with higher prices potentially boosting supply or curbing demand. Copper is not the only important base metal to the green energy story though – Teck Resources recently published an estimate of the resources needed to build a 13MW offshore wind turbine: 125t of copper, 7t of zinc and 700t of steelmaking coal among other key commodities, showing clearly the importance of commodities in a green, electrified world. On the equity side, quarterly results of the top mining companies came in with most miners flagging higher costs due to inflationary pressure and lighter revenues due to the commodity price slump in recent months. Although companies are facing rising costs, profitability is still strong – while Rio Tinto for example reported a decline in first-half profit, resulting in a dividend cut, the absolute figure of its dividend, $4.3 billion, is still an enormous cash windfall for its investors. For now, profitability remains strong by historical standards, and the biggest miners continue to pay out large amounts of cash to shareholders. However, producers including Rio and larger rival BHP Group have been warning about the threat of slowing global growth and surging energy prices. It is also important to underline the financial health of balance sheets in the industry during uncertain times. Rio Tinto ended the first half with $291 million of net cash, while the portfolio companies of the Industrial Metals Champions Fund are currently having a net debt/equity of less than 13%. Analysts wouldn’t be surprise to see an uptick in deal-making as valuations are still low and companies are having full coffers of cash.

Gold rose to the highest level since early July as investors braced for a stormy period in US-China relations with House Speaker Nancy Pelosi heading for Taiwan. The precious metal often benefits from bouts of geopolitical turbulence, and the Pelosi trip only adds to tailwinds that have helped gold rebound from a 15-month low. Growing fears about the global economy have also aided bullion’s rise to a four-week high. Helping bullion’s recovery could also be an end to outflows from gold-backed ETFs after 21 days of uninterrupted withdrawals, according to Commerzbank AG analyst. On the equity side, Gold Fields investors may be softening their opposition to the company’s planned acquisition of Yamana Gold, CEO Chris Griffith said at a mining conference. Gold Fields in May agreed to buy Yamana Gold for ~$7b in an all-share deal that would make the South African miner the world’s No. 4 gold producer. Griffith has previously acknowledged investors’ concern, particularly over the 34% premium being offered. Gold Fields is trying to show investors that acquiring single assets would be much less value-accretive and much more expensive. Also, Gold Fields announced a more generous dividend policy and plans to list in Toronto as the miner seeks to convince investors to support its bid. Looking at the incoming quarterly reports, there was no surprise that gold miners are grappling with higher costs of labor, energy and supplies in the 2nd quarter. According to Newmont, the world’s largest gold producer, the company has observed cost pressures, including the impact from Russia’s invasion of Ukraine and increasingly competitive labor markets over the past eight months. In general, earnings season has just started for gold miners and with precious metals equities selling off alongside the broader market, Q2 financial results will provide another data point for investors to gauge the health of the sector. While mining companies in Q1 battled to various degrees with inflation, supply chain issues, and labor force challenges, analysts have seen a mixed narrative in Q2’s production results, with some companies largely conquering these issues while others remain impacted. With both gold and silver prices down, analysts still expect strong realized metals prices as most of the decline occurred after the quarter ended. Most investors will continue to be focused on costs as the main variable impacting earnings. Thanks to our dynamic investment approach and our focus on low-cost producers, ICG calculates that the average weighted cash costs of the precious metals champions fund, adjusted to inflation and currency, is standing currently at around $785/oz which results in a cash-margin above 50% at current gold prices and should leave room for shareholder returns.