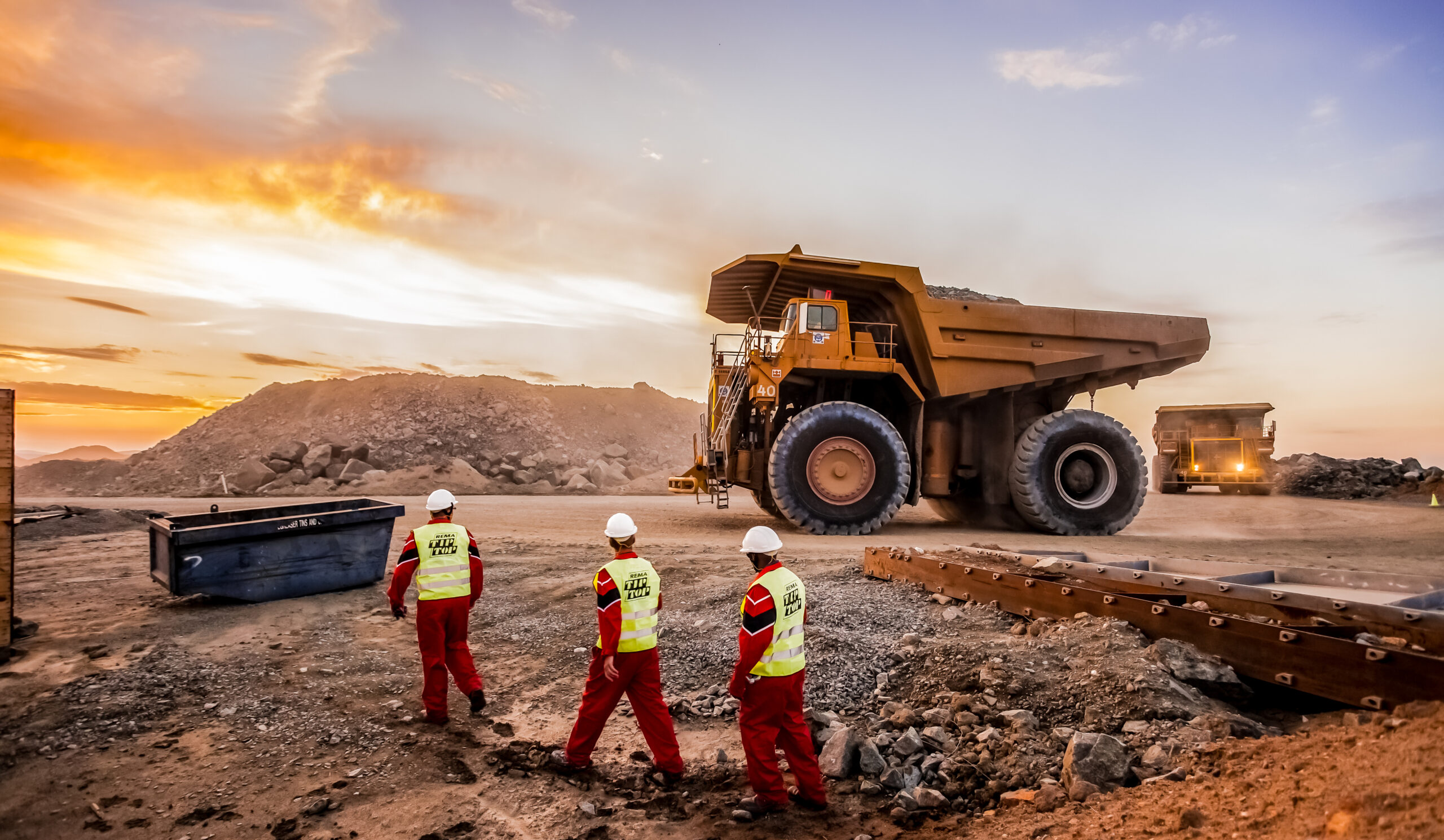 Renewed lockdowns and a slow vaccine roll-out in Europe tempered demand optimism and caused oil prices and energy stocks to recently pull back from their early-March highs. The current demand outlook (and indeed investor sentiment) is heavily divergent by region. Asia and US is focussed on recovering demand, while Europe and Latin America see rising cases and further lockdowns. However, most analysts still believe that with the vaccine rollout gaining pace over the coming months and mobility restrictions being eased, the global oil demand recovery will continue during 2Q21. We are starting to see green shoots in high frequency demand data and US hotel bookings/flights show the scale of pent-up demand. On the other side, OPEC+ cautious approach in bringing back oil production they cut last year should add price support. As the bloc will likely only increase output when it sees a firm recovery in demand, the oil market should stay undersupplied this year. OECD crude oil inventories have steadily fallen through the first quarter but remain above the five-year average. Therefore, further draws in global crude oil inventory is more then likely during the whole year. Outside OPEC+, US oil producer have remained broadly disciplined despite higher prices to attract investors back to the sector. However, the “wildcard” in the oil and gas market became the privately-owned shale companies. Privates account for 30% of US shale production (around 2.5mboe/d) and these players may have less patience than the public companies. Energy has participated in this year’s market rotation from growth to value-oriented stocks. However, despite the strong YTD performance, the energy weighting of the S&P 500 is up only marginally from its YE20 20-year low. Nevertheless, a spotty historical track record of the energy management capital discipline, ESG challenges, and long-term oil demand risk notwithstanding, we believe that the oil and gas sector offers an attractive risk reward underpinned by sustainable FCF, increasing focus on return of capital to investors, and strong balance sheets. As we have seen in recently, management teams remain universally focused on delivering sustainable, competitive free cash flow. This is best visible with an estimated projected FCF yield of 7.2% in 2021E and 9.0% in 2022E in the energy space that is more than double the average of the eleven other sectors in the S&P 500 Index. The ECF has a FCF yield of 12.6% in 2021E and 14.8% in 2022E! Even so, valuations in the oil and gas sector remain depressed on an absolute basis and relative to their broader market indices. The EV/EBITDA estimates for energy in 2021E at 9.7x and 2022E at 7.7x are half the other sectors in the S&P 500 Index. We believe that investors could begin to positively re-value the group on the basis of its yield as oil price visibility improves during the year.

At the beginning of April, copper prices advanced the most in over a month on signs the US economy will see a strong rebound this year. A better-than-expected US jobs report fueled optimism that the world’s largest economy will recover from the pandemic faster than other countries. Copper demand should continue to exceed supply this year, analysts expects global consumption to reach 25.8 million tons in 2021, 2.9% higher than last year. Demand will again outpace production growth. Looking at steel, with iron ore prices rallied over the last 12 months, it could be a challenge for companies needing to buy it. Not so for the steelmakers, who have been able to pass on the cost to customers, putting the sector in a sweet spot. Steel futures in China hit almost 10-year highs last month, and the surge in the price of finished steel products in the US and Europe makes the case for further outperformance of steel companies. Steel prices have climbed everywhere since last August, largely offsetting the surge in iron ore, while the CEOs predict a demand surge as the post pandemic recovery takes hold. Citigroup expects a 100%-150% EBITDA increase in 2021 for the sector. Also, it is expected that a lot of materials will be needed for President Joe Biden’s proposed $2.25 trillion infrastructure plan. The plan is a one-time, eight-year capital investment, that tackles classic infrastructure projects like repairing bridges, and includes investments aimed at promoting long-term job growth with everything connected to renewable energies. The plan faces a tough road ahead in Congress though. Looking at companies, Vale announced the biggest mining buyback in years and rose to fresh all-time high. The Brazilian mining powerhouse delivering on a promise to reward investors for sticking with the company through low prices and a dam catastrophe. The board approved a program to buy 270 million shares over a year. Based on the last closing price, that implies about $4.9 billion, one of mining’s biggest repurchase announcements since 2018. The buyback comes on the heels of a bigger-than-expected dividend and is the latest chapter in its turnaround story. While iron ore prices have come off multi-year highs in recent weeks, they’re still well up on a year-ago levels. In general, miners are generating significant cash flow in 2021 due to high commodity prices; with balance sheets strong and capex contained, shareholder returns will be at record levels. With an estimated projected FCF yield of 9.5% in 2021E and 8.4% in 2022E for the IMC portfolio companies, that is more than double the average of the S&P 500 Index. Even so, valuations in the industrials sector remain depressed on an absolute basis and relative to their broader market indices. The EV/EBITDA estimates for IMC portfolio companies in 2021E standing at 7.4x, in 2022E at 7.0x and are half the other sectors in the S&P 500 Index.

March saw another M&A deal in the gold space with Evolution bidding over C$340 million for Battle North Gold – all cash. Despite COVID travel restrictions, this is the third M&A deal in the last two months following TMAC acquired by Agnico and GT Gold by Newmont. Clearly, it is cheaper to grow by buying a company than to build for the majors. Interesting about these transactions is that they are all cash, which means the cash can be redeployed right away in the sector. The average premium is over 40%, which we have not seen in a while in the gold sector. AngloGold Ashanti, the world’s No. 3 gold miner, recently said that the industry braces for another round of mergers and acquisitions. Gold miners flush with cash are expected again to look to expand through acquisitions, as Barrick and Newmont did two years ago. The South African miners look specifically attractive as take-over targets, as the risk perception attached to the country has weighed down the stock’s valuation relative to global peers. Also, the world’s largest producer of palladium and refined nickel, Norilsk Nickel, suspended output at two of its mines last month after a flooding. According to Morgan Stanley, the drop in palladium production equates to about 6% of global supply. By month end, the company could stop water inflows though, putting it on course to resume full production in early May. Nonetheless, the incident affected the palladium as well as the platinum market – which both are expected to be in wider deficit this year due to this incident. The company represents 43% of palladium, 12% of platinum and 6% of the world nickel supply. Gold equities lost some of its steam recently but there is still a bullish case for them. Gold and the stock market have been diverging giving gold an attractive attribute: it provides diversification if the stock market turns more volatile. The lower price of gold is already discounting considerably higher real interest rates. Which means that gold should be able to withstand rising bond yields and perform well if inflation picks up. Some economists predict that core inflation will exceed the FED expectations over the next few years. Also, gold fell in late March after massive $20bn margin call for Archegos Capital which triggered forced selling of assets. Gold may have been sold in the process to generate liquidity. In general, and even with lower gold prices, the companies are highly profitable with almost no debt. The gold miners of the PMC portfolio are set to deliver free cash flow yields of 10.6% in 2021E and 13.7% in 2022E but are still relatively and absolutely attractive valued at an EV/EBITDA of 5.2x in 2021E and 5.0x in 2022E. The companies are financially extremely healthy with a net debt to equity of only 4%.