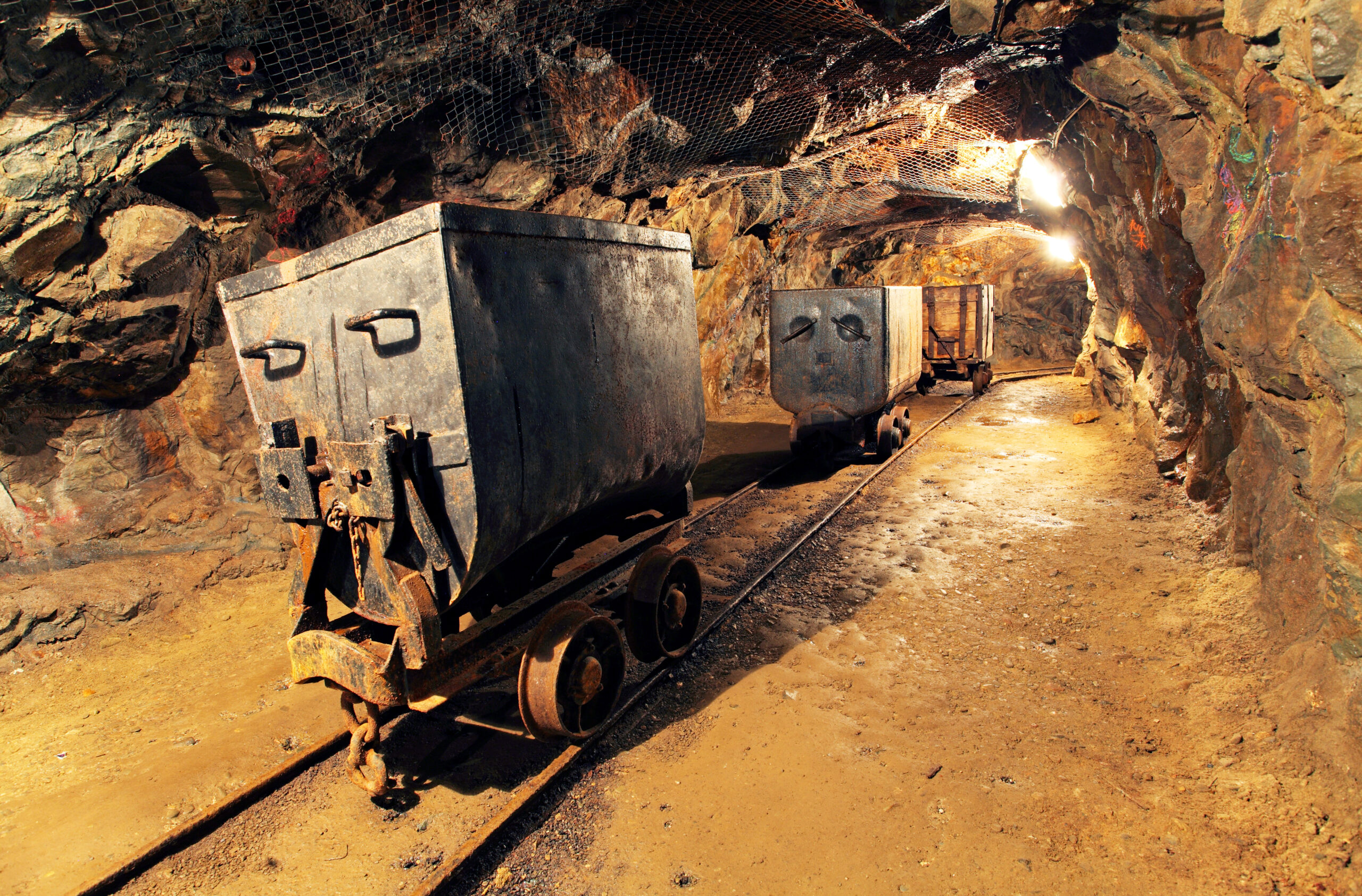 The storm of supply disruptions, logistic issues, sanctions, financial short squeezes and purchasing manager panic has seen some of the most dramatic commodity price moves seen in history over 1Q 2022. Especially, the oil market is potentially facing its most severe supply crisis since the 1990 Gulf War. In these most uncertain times defined by war in Ukraine, a new Covid-19 outbreak in China, and an overall wobbly economic and financial market backdrop, volatility is very high. This has been demonstrated by more than $30/bl price swings in the span of a week. Meanwhile, the impact of Western energy companies’ self-sanctioning against buying Russian crude and oil products is starting to become visible. Rystad considers the mildest case for lost Russian supply to be 1.2mboe/d, and the most extreme estimated at 4.5mboe/d. On top of these supply scenarios, analysts consider how OPEC countries with robust levels of spare capacity would respond. In the most bearish case, OPEC could boost production by 2.2mboe/d for May-22, while in the bullish case, Rystad keeps OPEC in the status quo of incremental increases and actual production continuing to lag stated targets. The analysts of Rystad said that OPEC has ample spare capacity in theory, but only KSA and UAE have “manageable” capacity by year-end. Meanwhile, the US Federal Government announced the release of up to 180mboe from its strategic petroleum reserves (SPR), during a period of up to 6 months (every day 1mboe). This is the largest release in US history and the clearest indication that the future availability of production capacity is at risk owing to limited shale and OPEC+ spare capacity coupled with prevailing strong demand. Therefore, the release may alleviate some market tightness, but it won’t resolve the structural imbalances resulting from years of underinvestment at a time of recovering global demand for oil, we think. Importantly, it should be supportive of the back-end of the forward curve and the SPR stocks will have to be replaced, lending further support to 2023-2024 prices probably. Of note this announcement is made on the day of the OPEC+ meeting, which as expected, agreed to increase quotas by the expected volume of 432 kb/d in May. On the company level, oil and gas companies continue to generate record cash flows and profits. Interestingly, some US shale companies are now facing pressure to fast track production growth and contribute to the stability of the global energy system. However, equipment lead times in the supply chain and labour bottlenecks restrict the ability of operators to bring additional rigs and frac spreads into the operation. US E&P companies have reduced hedges for 2022 to 35% of total oil output as they seek to benefit from rising oil prices.

In March, nickel spiked briefly above $100’000 a ton on the LME amid a short squeeze and encouraged rule changes from one of the world’s top commodity exchanges. The LME decided to allow traders to defer delivery obligations on all its main contract in an unusual shift for a 145-years-old institution that touts itself as the “market of last resort” for metals. Weeks after, the Financial Conduct Authority and Bank of England announced that they will undertake reviews into the governance, market oversight and risk management of the LME after the massive short squeeze led to weeks of turmoil that paralyzed the nickel market. Most controversially, the exchange cancelled billions of dollars of trades that had occurred, arguing that not to do so would have led to multiple defaults. The short squeeze was focused on Chinese Tsingshan Holding, which built up a giant bet on lower nickel prices and faced billions of dollars in losses when the market spiked. The exchange has been criticized by investors for its handling of the crisis. While the LME said that the price spike posed a systemic risk to its market, the decision to cancel several hours of trades at the highest prices also served as a bailout of Tsingshan and its banks to the tune of several billion dollars. In general, the storm of supply disruptions, logistical issues, sanctions, financial short squeezes and purchasing manager panic has seen some of the most dramatic metals and bulk commodity price moves seen in history over Q1 2022. Such market dislocations naturally alter commodity outlooks, both in the short and longer term. Given the biggest changes has been in energy dynamics, this also feed through into potential commodity exposures and preferences, particularly in an environment of wider commodity inflation. Meanwhile, China’s pivot to growth, while still yet to be evidenced in hard data, simply cannot be ignored. According to BMO, many of the global dynamics now expected over the coming years, whether a renewed push for energy independence or a segmentation of global trade flows, are inherently inflationary in the medium term. As a result, analysts raised the majority of their price forecasts upwards. BMO states that all-time price records in a number of metals and bulk commodities has been touched, while each and every one is trading above its respective cost curve – a very rare event. There is no doubt that physical markets that were already fundamentally tight have been further dislocated by the war and the knock-on ramifications. Although analysts expect a wave of cost inflation pressures is on its way to mining companies, they expect that there is a lag of approximately 3-6 months before higher input costs flow through to higher contract prices. Analysts expect the top end of commodity cost curves to rise at least 10% this year, though in a situation where prices are in general trading at a decent premium to cost support this has limited influence on price formation.

Gold has pulled back from over $2,000/oz reached in March as investors balance soaring inflation against more aggressive rate hikes and quantitative tightening, while digesting the added complication of a weakening economic growth backdrop. According to BMO, higher inflation prints and recessionary fears, in isolation, should support gold; however, central bank tightening to rein in inflation will likely take some shine off gold. If central bank policy tightening does not prove effective and stagflation materializes, or if they serve to stifle economic growth, gold could likely find favor. Policymakers have the unenviable task of balancing doing too much too soon and doing too little too late, with some believing the latter already. Analysts think this uncertainty alone could be enough to keep gold prices fundamentally well supported. Also, the sizeable ETF inflows seen year to date should help propel gold to yet another annual average record in terms of nominal price. According to analysts, traditional physical buying also seems to be holding up relatively well. Looking at PGMs. The platinum market whipsawed from a significant deficit last year to a surplus owing to a 20% increase in total platinum supply. According to BMO, with average loadings per vehicle rising quickly alongside more stringent emissions legislation and more muted supply growth, the market should be back in balance by 2023. Beyond this, the culmination of increasing vehicle loadings and the growing hydrogen economy should see sustained market deficits emerge through much of the middle of this decade. That said, as more economies push toward greater energy independence and ambitious climate targets, analysts expect to see a more marked acceleration in green hydrogen production capacity, in addition to greater fuel cell adoption in the commercial vehicle segment. Both of which would provide a boost to platinum demand. Palladium on the other hand is arguably the commodity most exposed to supply disruptions arising from the conflict, with Russia accounting for 39% of global refined supply. Palladium is vital to the functioning of catalytic converters, specifically in gasoline vehicles, and fears of impending shortages initially propelled prices to an all-time record in March. On the company side, Canada’s Centerra Gold has agreed to hand control of its expropriated gold mine to Kyrgyzstan’s government. In exchange, Kyrgyzaltyn is to transfer its 26% stake in Centerra back to the company, which plans to cancel the shares. The planned deal comes nearly a year after Kyrgyzstan’s forced local managers to hand over control of Centerra’s Kumtor mine. Analysts see the deal as positive for Centerra which will be left with $1bn in cash, with production mainly in Canada and Turkey now as the deal removes a significant overhang on the stock.